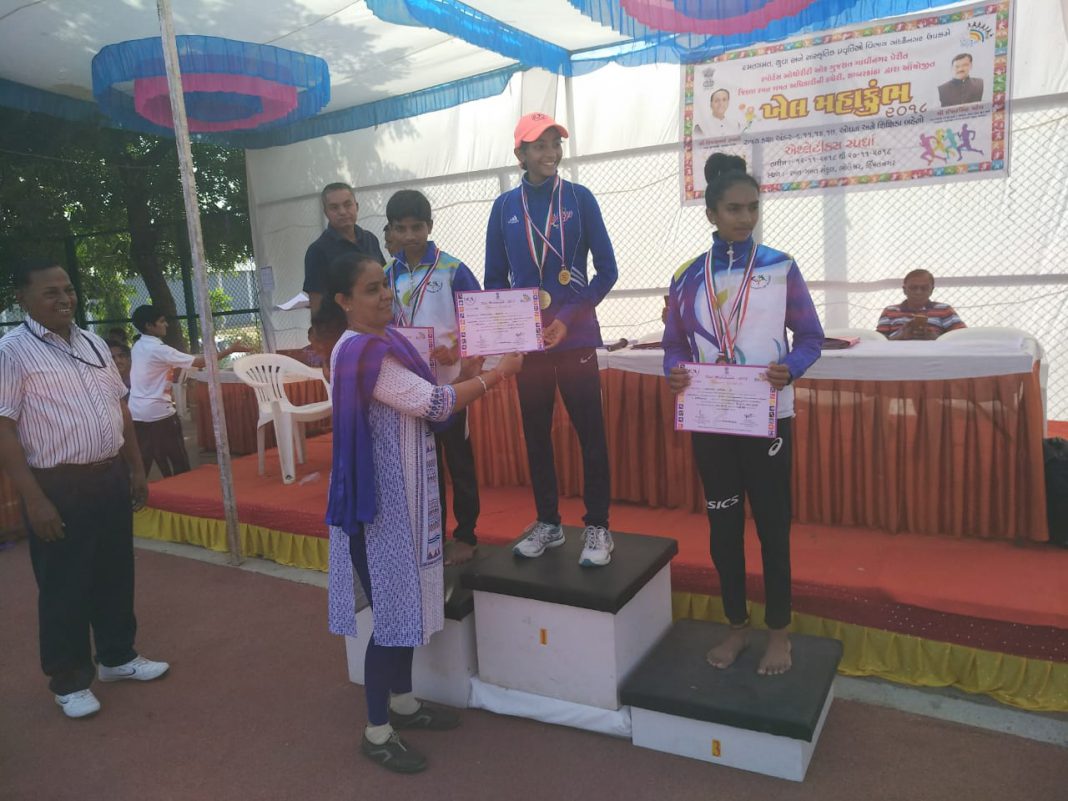 Vadodara girl Laxita Sandilea bring laurels to the city after she won gold medal in 600mtr race at Himmatnagar. She complete the race in 1.39seconds beating her competitors in the Khel Mahakumbh state level competition.

Studying in 9th standard of Gujarat Public School in Atladara Laxita started running one and half years ago and already making her name in the track events.  Few days earlier she broke the 800mts national record at CBSE Junior Nationals championship.

“It’s a strong base for me as I turned my attention towards individual events from Hockey. After broke the national record the gold medal at Khel Mahakumbh is a stepping stone for me and now going for nationals  at Karnataka,” said Laxita.

Answering why she chose running over hockey she said her uncle Pravin Sharma inspired her to turn attention towards individual game as it gives her the fame and shine at the national and international level.

After winning gold medal at the Khel Mahakumbh she now eyeing the nationals and wants to win a Olympic gold in future.  “My uncle who himself is a coach inspired me to took up athletics and after one and half years I already broke national record in 800mts and now won gold medal in Khel Mahakumbh at Himmatnagar. My ultimate goal is to win a Olympic medal for my country, ” said Laxita.