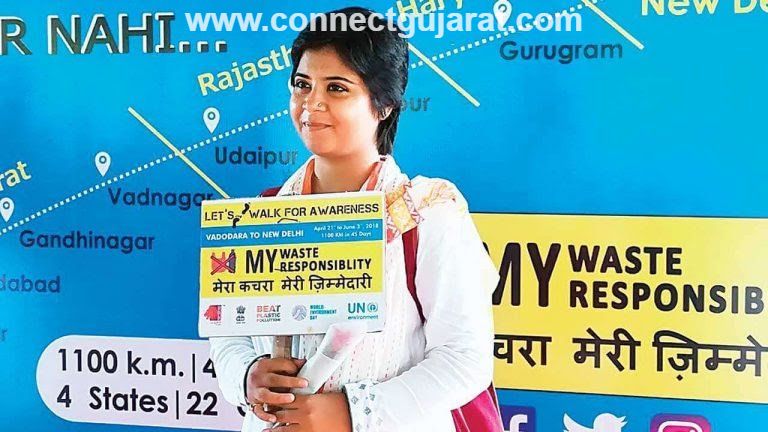 Only girl from India invited for the festival

Its a matter of pride for Vadodara as a city girl Rajeshwari Singh is invited by the UN General Assembly President to be part of Beat Plastic Pollution Festival. She is the only one from India to be invited for the festival called Play It Out at Antigua in Caribbean Island.

Rajeshwari from Vadodara is on a mission to beat plastic and even walked for 1100 kms from Vadodara to New Delhi carrying the message for Beat Plastic Pollution  last year. The event was supported by Gujarat tourism and UN environment.

This year she is invited for the prestigious event by the UN President to give her message globally about Beat Plastic Pollution.

“This is the 73rd session of UN General Assembly and the woman president Maria Fernandes invited me to give message during the eight hour mega show. Maria is the global ambassador for beat the plastic campaign and this will be the mega Beat Plastic Pollution Festival called Play it out at Antigua, Caribbean island. The festival will be attended by Hollywood celebrities,  Grammy Award winners,  policy leaders, environmentalists and many others. It’s a good platform for me to highlight my concern and push forward the urgent need to stop plastic pollution for better future, ” said Rajeshwari Singh.

Rajeshwari will present a two and half minute video presentation during the eight hours programme on 1st of June.  The programme will be live streaming from popular Sir Vivian Richards cricket stadium with a strength of twenty thousand people.

“The island has a population of 86,000 people following strict environmental laws. To become a part of such program is a privilege and more of responsibility to spread awareness about stop plastic pollution. I need support from the people,  media and government to beat the plastic and turn our world a greener way to live, ” said Singh.