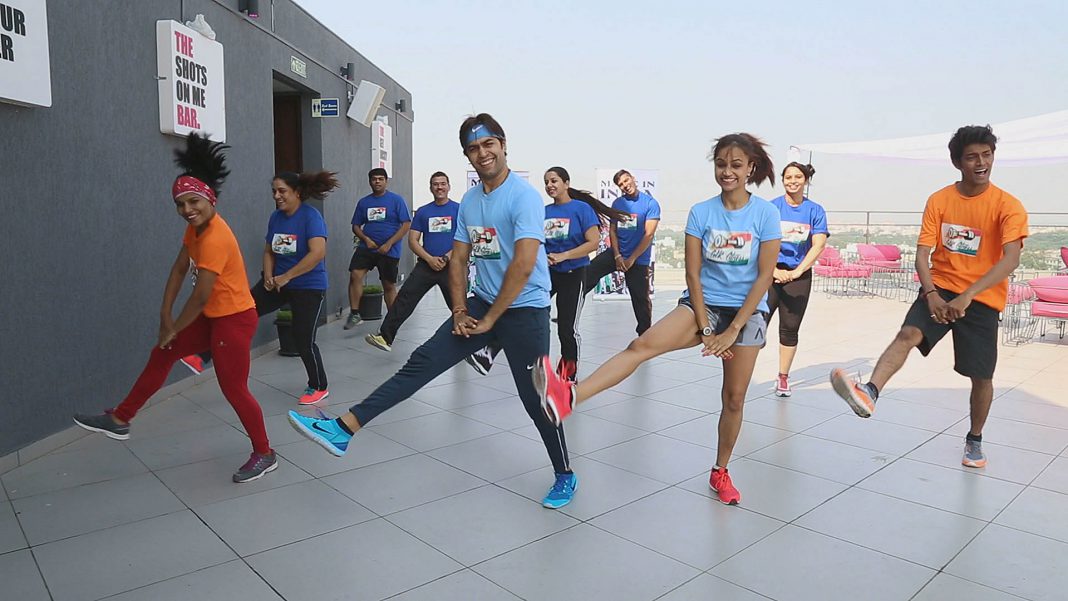 Folk dances are always a important part in our culture and it’s the identity of every state. We always heard about folk dances performed in its original form. But if we have the Tadka of fitness in it then it’s like icing on the cake.

Gujarat is famous for its Garba and every year during Navratri thousands and lakhs of revellers dance to the tunes of traditional garba songs and tunes. Now their is a good news for them as they can now dance garba and become fit with a specially designed fitness regime. The more interesting is that the people can enjoy garba months before Navratri and become fit. Yes it’s true a fitness group in India is doing the similar thing by include fitness regime in it. The fitness enthusiasts dance to their favorite folk steps and also keep their body fit by performing the fitness regime in between. The new concept is gaining popularity and now starting to spread it’s wings in Gujarat and starting from the cultural city of Vadodara.

Team Folk Fitness is arriving in the state of Gujarat with their super cool training workshops which will include free demo sessions for the fitness enthusiasts, dancers, gym trainers & all those who are interested in starting their career in fitness. Folk Fitness exclusively design the only “Make in India” dance fitness product. After many global fitness formats and innovations, one of the most intriguing fitness innovations was hidden right under the depth of our own rich heritage. Our culture is filled with traditions, and Folk Fitness expresses it beautifully through fitness with dance. They have holistic fitness regimes formed with 122 registered folk dances to choose from.

After performance in different cities like Karnataka, MP, Delhi, Chandigarh, Hyderabad, Maharashtra the Folk Fitness is coming to Gujarat in the month of March 2017. Starting from Vadodara the fitness regime will travel to Surat, Ahmedabad, Rajkot, Baroda, Gandhinagar, Bhuj, Jamnagar, Bhavnagar, Vapi, Anand and deliver free demo sessions in these cities. Folk Fitness is an Indian fitness regime comprising of the ‘Mind, Body and Soul’ bringing together Indian folk music, folk dance and fitness all on one platfom. A Make in India concept, Folk Fitness was formed in August, 2015 With the motive to make it India’s biggest fitness product for the world. Taking inspiration from 130 registered folk dances, Folk Fitness is a celebration of the diverse Indian culturelture and tradition.

After receiving accreditions from National Academy of Sports & Medicine, Aerobics and Fitness Association of America and Fitness and Sports Sciences Association, Folk Fitness aims at spreading its Wings across every state in India and eventually globalizing this unique Indian fitness regime.

It is a cardiovascular, full-body strength, endurance and agility exercise programme ending with meditation. Personalizing fitness to people of every age group, Folk Fitness has: Folk Fitness Nanhe for the kids; Folk Fitness Yuva for adults; and Folk Fitness Premium for the elderly.

Folk Fitness enables a faster fat burn, weight loss, increased flexibility and better mental strengths Driven by passion for dance and fitness, Folk Fitness is an apt alternative to any conventional work out. Holistic fitness of the body, mind and soul, Folk Fitness aims at celebrating the zest of traditional India.