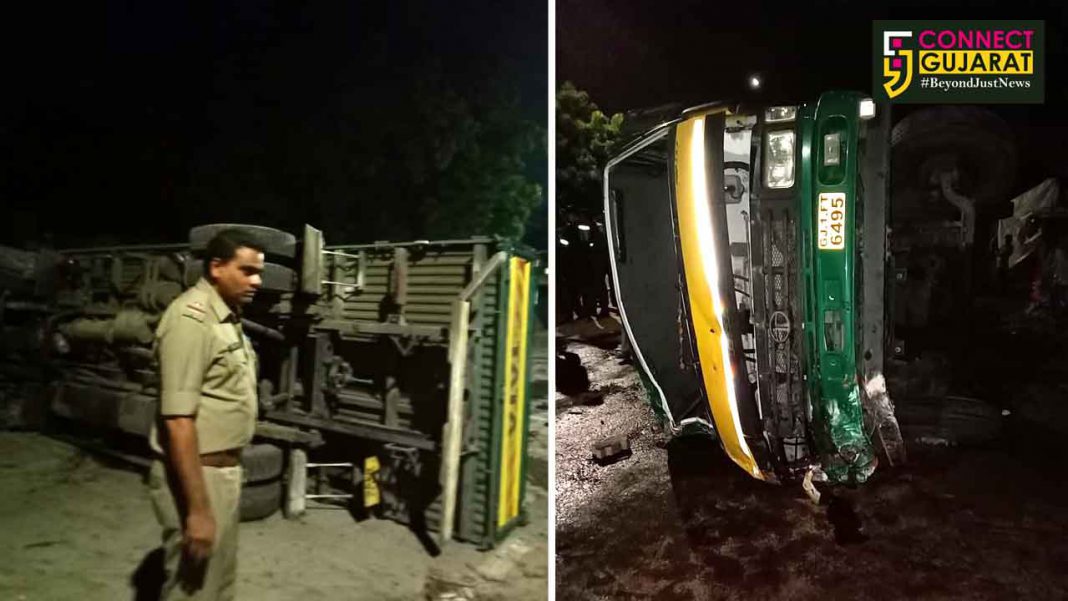 Vadodara fire brigade rescued a father son duo after they stuck inside the truck near Bajwa railway station. The CNG cylinders laden truck turned turtle and both of them stuck due to the impact. Fire brigade use hydraulic rescue tools to free them and shifted to the hospital.

The CNG laden truck was driven by Pratik Patel accompanied by his father Satish Patel as both heading towards Ahmedabad. Meanwhile Pratik lost control of the steering and the truck turned turtle near Bajwa railway station under pass. Both of them stuck badly inside the cabin and unable to get out.

Fire brigade was informed immideately and TP 13 fire station staff responded to the rescue call and rescued the father son duo with the help of hydrolic rescue tools. Fortunately the CNG tanks was not puncherd in the accident.