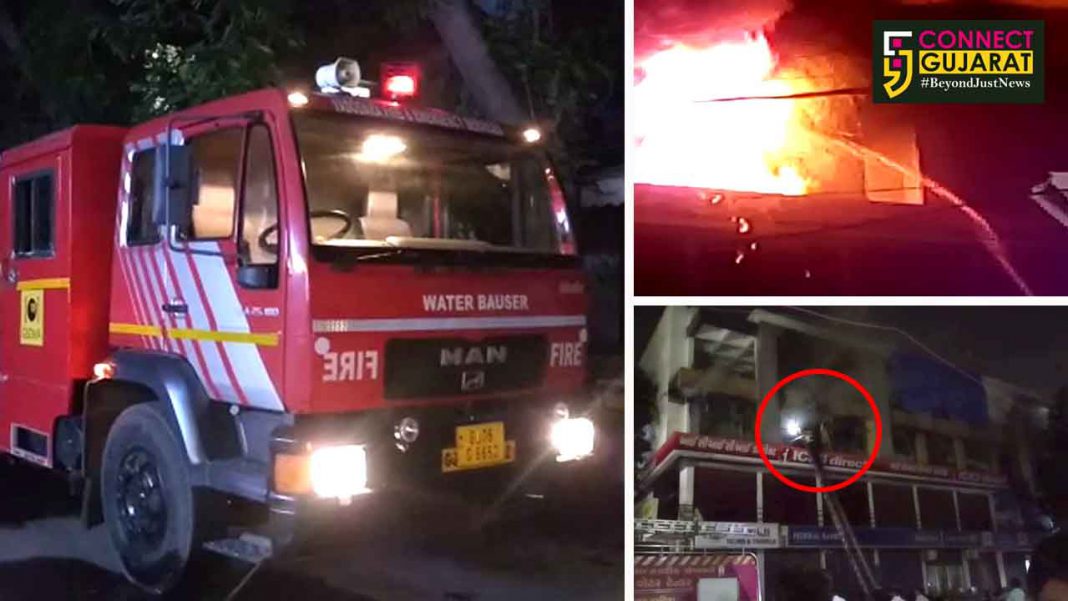 Vadodara fire brigade controlled a fire inside Visa and Immigration office on Tuesday the night after receiving a rescue call to their command and control center. AC overheating is said to be the primary reason of fire and close ventilation helped it spread further. No casualties reported in the fire but loss of property was observed.

As per details given by fire officer Om Jadeja, the call was received at the command and control center and the fire brigade teams reached the spot immediately and saw smoke coming out from the second floor office in Gokulesh 2 tower at Samaptrao colony. In nearly half and hour operation, the fire teams controlled the fire and as the office was closed no casualties were reported from the spot.

“AC overheating is said to be the primary reason for starting the fire and the close ventilation helped it to spread further. As it was a night time there was no occupants load but loss of property is reported in this fire. No fire alarm and extinguisher was found there inside the office and so action will be taken as per law,” said Jadeja.