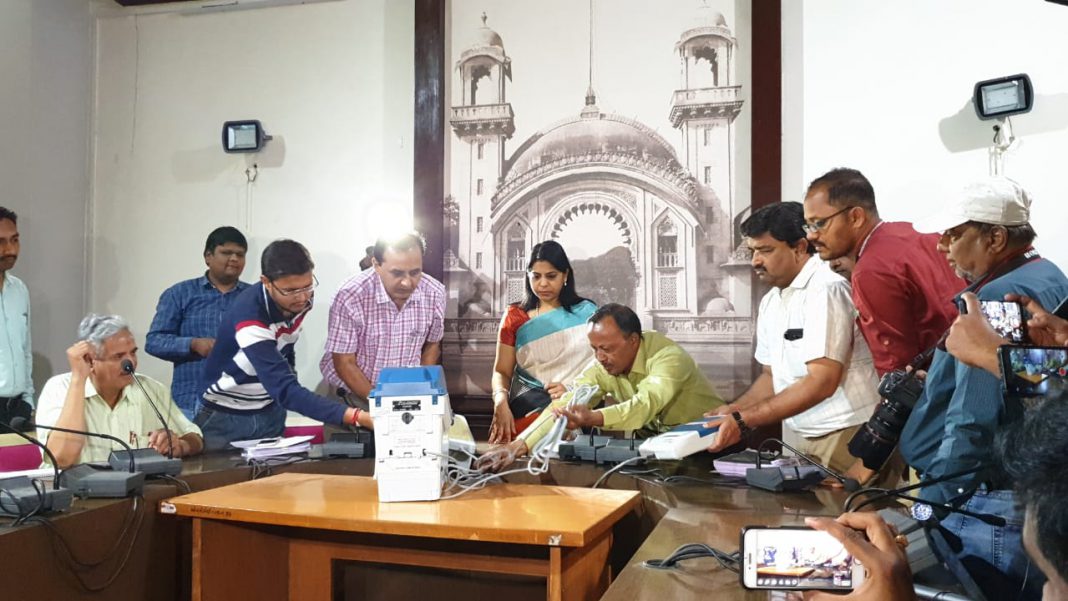 Vadodara election commission completed all the preparations for the election process starting from candidate nomination filing to distribute EVM’s to the centres. As per the election commission guidelines the candidates will have to display their criminal cases and cases of conviction in bold letter in the affidavit. For the first time a nodal officer is also deputed to keeping a watch on the social media for the political related activities by the parties.

Collector and District chief election officer Shalini Agarwal briefed about the proceedings and the important points to remember by the candidates. “The last date for filing nominations is 4th April where the candidates will have to submit the form with Aadhar card and recent pictures. As per the Supreme Guidelines the candidates have to submit pending criminal cases and cases of conviction in bold letters in the affidavit. The candidate also have to pass on the details to the political party they represent and the parties have to update the same details on their websites. The candidates also have to give advertisement about the same details in the local papers and electronic media three times before 48 hours to the elections,” said Agarwal.

She said the candidates are not allowed to conduct rally on way to file their nominations and only three vehicles are allowed inside the 100 mtr area from the office of election commission. Five people will be allowed to accompany the candidate inside the nomination filing office. For rallies and vehicles the candidates have to take permission of the election commission and loudspeaker will be banned after 6pm in the evening. She further said the candidates are not allowed to use religious places and animals for their campaign. They also have to submit the details of star campaigners in advance and also request on online portals for rallies.

For expense Shalini Agarwal said the candidates have to open a new account in nationalised bank or post office for the election expenditure details and can pay 20,000 in cash at one time. The rest of the payment will be through cheques and online payment modes and one candidate can use maximum of 70lakhs as election expenditure.

The election commission already completed it’s all process regarding elections and first randomisation of EVM’s is already processed by them. “The ballot units, control units and VVPAT’s is already sending to the centres along with the reserve ones. The candidates are also requested to submit their latest pictures along with the form as for the first time the candidates pics will be displayed along with the ballot paper. For the first time we appoint a Police Inspector as nodal officer to keeping a watch on the social media activities. The officer will inform us in case any violation of model code of conduct by the candidates and political parties” said Agarwal.