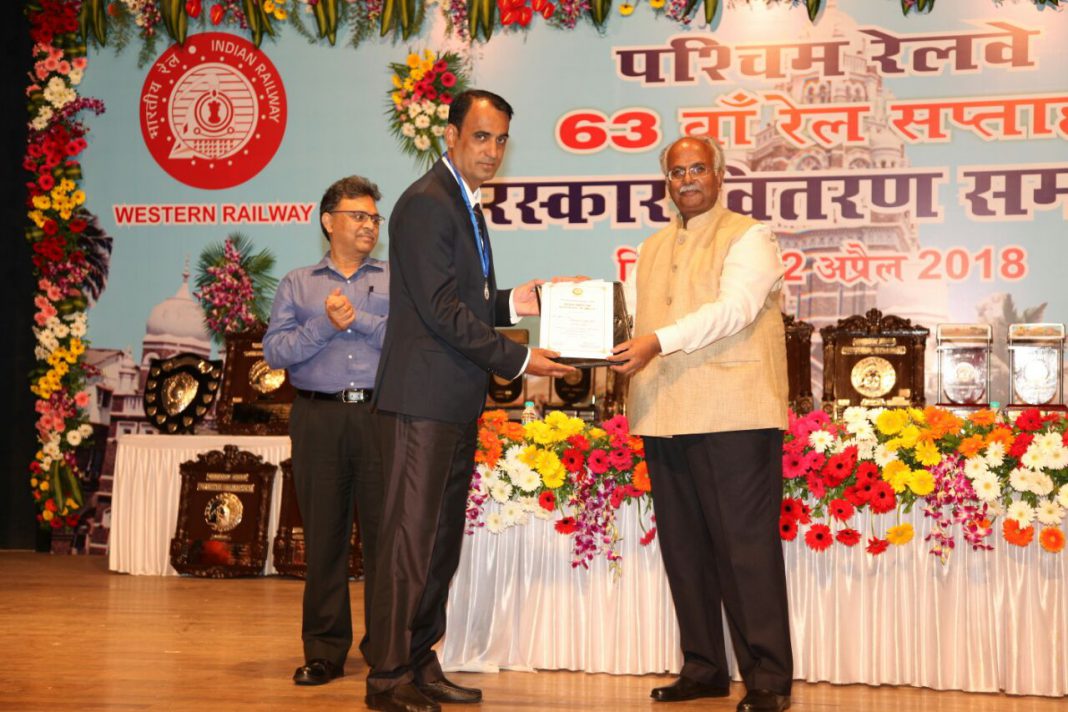 A.K. Gupta also conferred 24 other Efficiency Shields to the Divisions & the units which have been adjudged the most efficient in various fields for the year 2017-18.

Mukul Jain, Divisional Railway Manager of Mumbai Division, received these shields with concerned officers from General Manager, A K Gupta. Ahmedabad Division bagged the 9 efficiency shields, which is the highest for outstanding performance in various fields.

On this occasion A K Gupta also honoured 99 officers & employees with merit certificates, efficiency medals and cash prizes for their meritorious service and outstanding performance during the year 2017-18.   In his address Gupta extended his greetings to all railway men and their families on the occasion of 63rd Railway Week. He congratulated the awardees for their outstanding performance. He mentioned several milestones achieved by the Western Railway during the year.