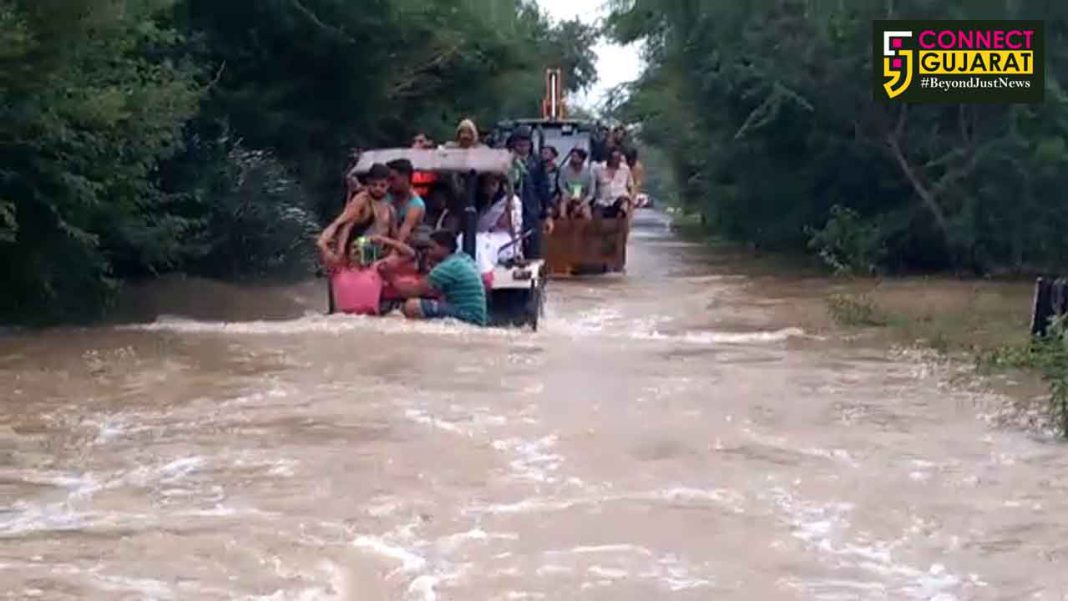 Review the relief and rehabilitation work undertaken in the affected areas

Vadodara district collector Shalini Agarwal visited the flood affected areas in Padra and took stock of the situation. She board the tractor to reach the affected areas and review the relief and rehabilitation work undertaken in the areas. 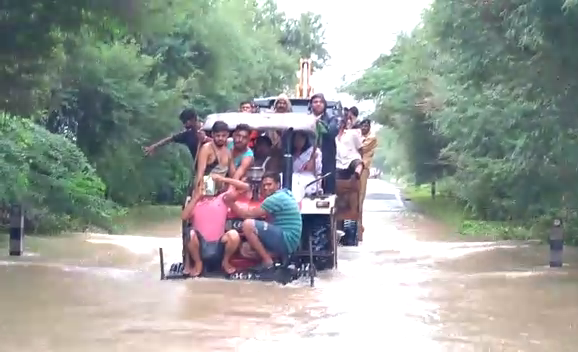 On Sunday 8000 cusec water was released from Dev dam which flooded the Dhadhar river passing from near Vadodara city. The water entered the villages in Padra and around 190 people was rescued and shifted to safer places.
Husepur village is reeling under knee deep water and district collector Shalini Agarwal on Monday visited the affected areas on board a tractor and assured the people for help from the government. She also instructed the Taluka officials to provide basic facilities to the villagers at the earliest.

It is to be mentioned that due to flooding Dhadhar river 19 villages in Waghodia, 7 in Dabhoi and villages in Vadodara Padra was issued alert by the administration. As precautionary measure around six thousand people shifted to safer place and most of them are returning back after the water recceds. The people in the relief camps are provided food packets and water by the administration.