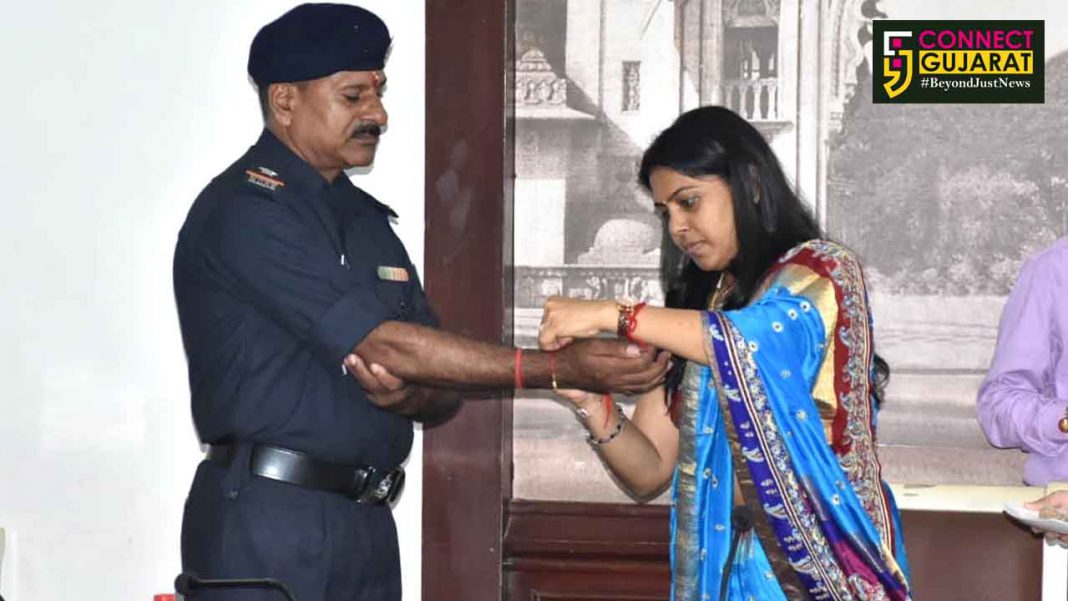 Vadodara district administration in a noble gesture thanked the NDRF teams for their rescue efforts to save people from the dangerous floods in the city. District collector Shalini Agarwal and other officials thanked the NDRF jawans and tied rakhis on their wrists for saving them in such a alarming situation.

The recent floods in Vadodara brought everyone on the same platform when it comes to save people from waterlogged areas. Police, fire brigade, NDRF, SDRF everyone engaged in the rescue efforts and shifted people to safer areas in time.

To appreciate their efforts the district administration on Friday celebrate the festival of Rakshabandhan with the NDRF jawans and thanked them for their efforts. Collector Shalini Agarwal and other women officials tied rakhis on the wrists of jawans and pray for their well being.

They thanked the jawans for their efforts to save people from such a situation and hope for same in future. They hope the jawans will protect the city and district just like a brother do for his sister. NDRF jawans also thanked the gesture from the district administration and said to be always there for people in need.