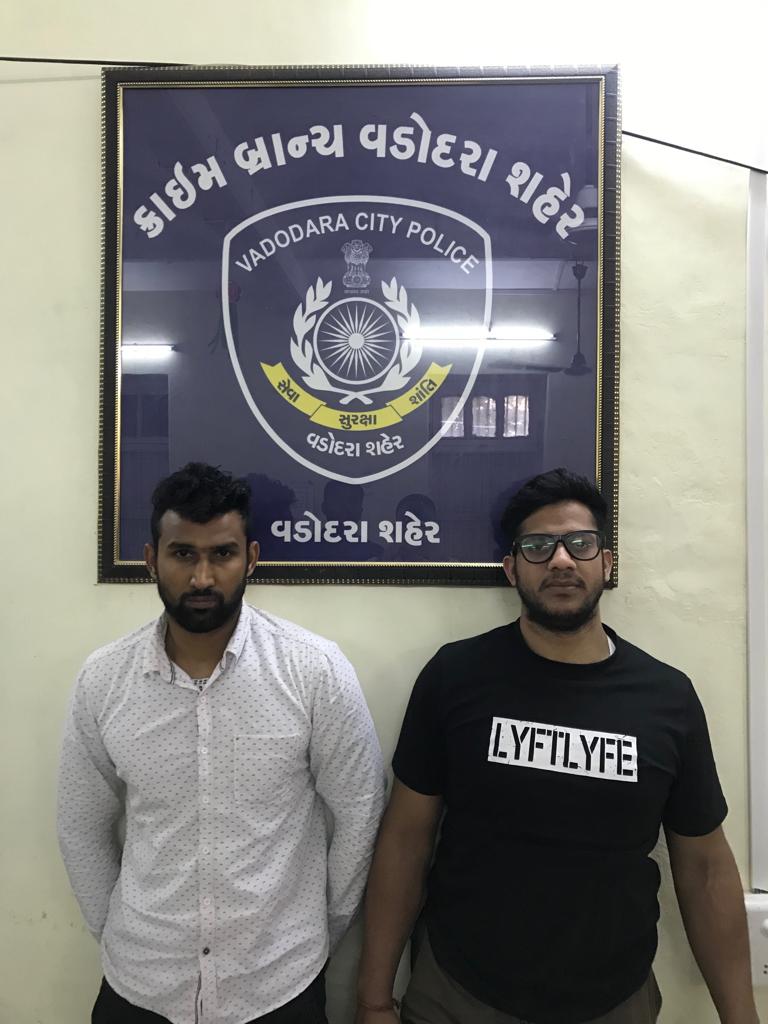 Vadodara crime branch arrested the leader of inter state gang involved in cheating unemployed youths through cariourjobs.com. The accused lured the youths and make them deposit money through fake website and cheated them.

For the last quite some time the cyber cell received complaints about unknown persons approached unemployed youths from Vadodara and lured them to provide jobs through fake websites. The accused make them fill online forms and transfer money to their accounts. Later they cheat them for not giving any jobs promised at the time of online registration.

As per the complainant Sejal Jain she received a call from one unknown person on her mobile phone on 25th September 2018 pretending to be calling from cariourjobs.com from Gurgaon and briefed her about getting job. He asked her not to deposit anything but have to pay 45rs as online charges for the application form on their website.

As the complainant accepted the accused asked her to pay the amount from her bank account and also get the debit card details of her. They later done three transactions of 19,976 from her account without her knowledge. She gives a complaint in the crime branch about the cheating on 23rd October 2018 and the team began to investigate in the matter.

The team based on prior information and with the help technical sources raid at second floor office in West Patel nagar in Delhi and found total 10 people which includes nine girls involved in tele calling and give information about jobs to the youths. The team caught all of them and seized 22 mobiles, laptop, eight new and 22 old sim cards of different companies, router and register from there.

During primary interrogation they found the gang to be involved in similar crime in different states and cheat unemployed youths. The team asked for transit remand of the accused and get the permission of two and process in on to get the remand of remaining eight.

The team brought Amit Gupta and Rakhi Mathur to Vadodara and during interrogation they revealed about the call center owner Harshit Pandey and Anil Premsingh both on run and the team caught both of them on 15th March 2019. They were present before the Judge Jitendra Singh of Metropolitan court and asked for their transit remand. However the accused through their advocate approached the court and said to be present in the Vadodara court on their own. They deposit 4lakh as security deposit in the court and on 29th March 2019 appeared in the court in Vadodara.

The accused deposit 4 lakhs in the court and based on that the chief court granted bail to them on the condition of appearing before the investigation officer whenever needed.