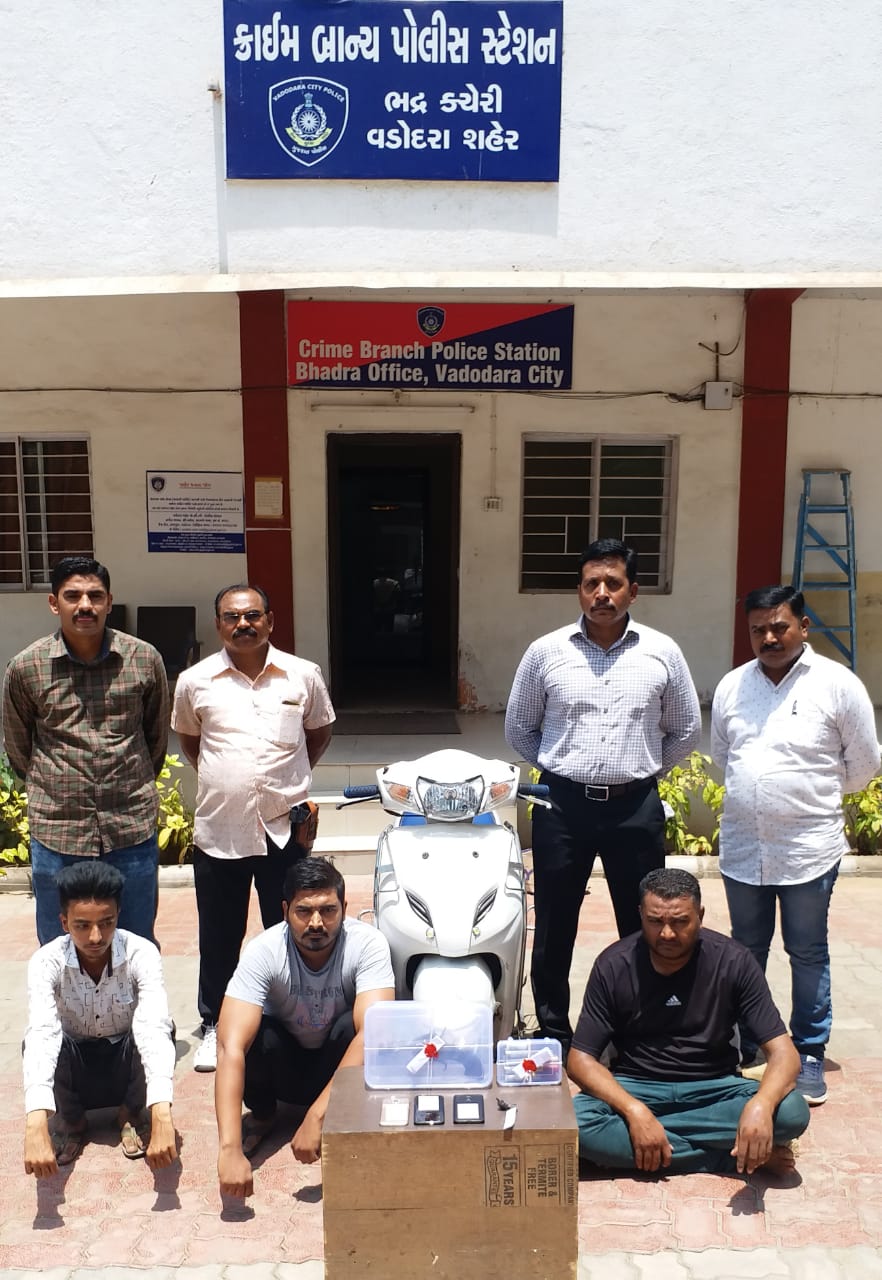 Arrested three with pistol and cartridges

Vadodara crime branch foiled a robbery plan and arrested three accused with country made pistol (Tamancha) and live cartridges. The trio was about to plan the loot but caught by the police based on prior information. 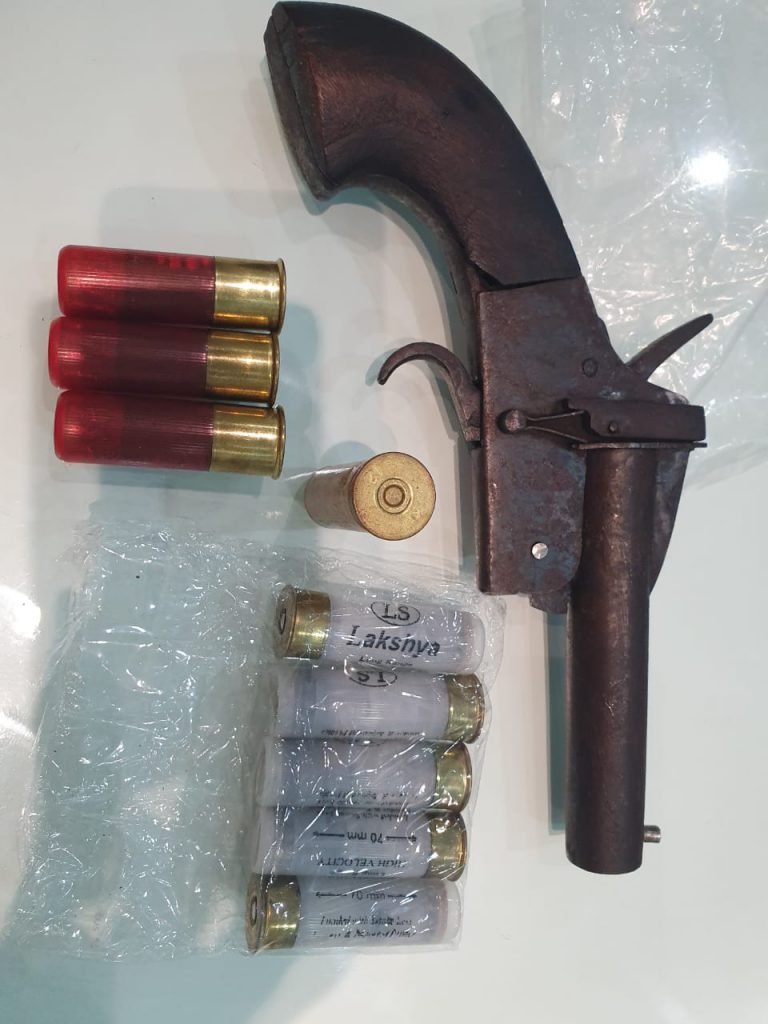 As per crime branch incharge PI K.J. Dhaduke their team was in patrolling at Gorwa Jawaharnagar area when they received the information about three persons about to meet at some place in Subhanpura area to plan a loot. The team kept a watch and caught Moin Rathod, Sunil Rathod and Manharsinh Rana after they arrived on a two wheeler.

The team searched the vehicle and found country made pistol along with nine round of live cartridges from the deki. Police is further investigating in the matter.