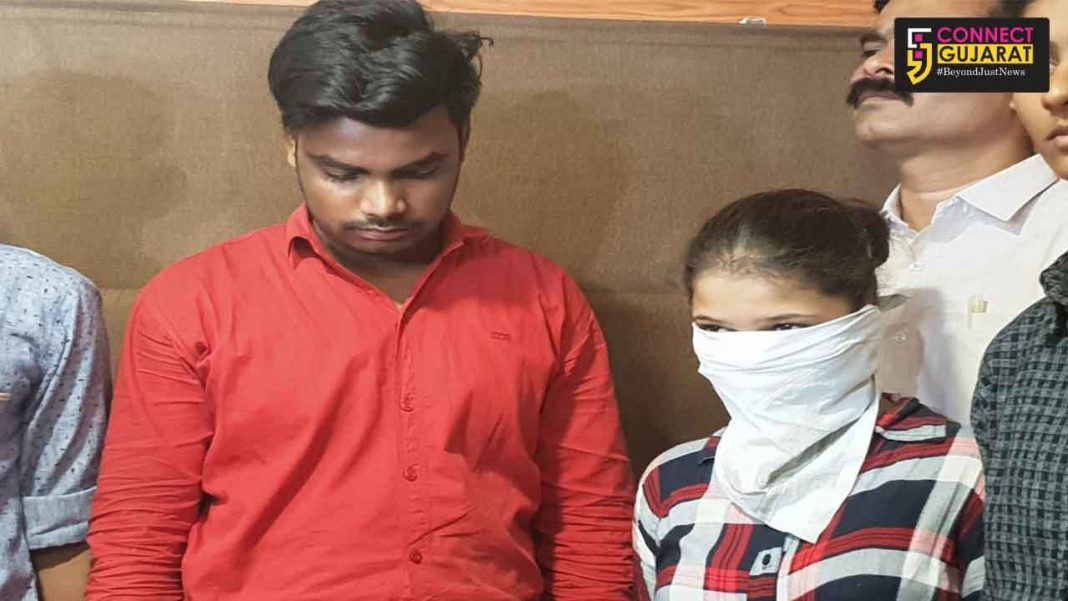 Target unemployed youths and cheated them for crores till date including Vadodara.

Vadodara crime branch busted a online interstate cheating gang and arrested two accused from Delhi. The gang involved in cheating unemployed youths by taking their numbers from online job websites and cleverly siphoned of money from their accounts. Two main accused are still absconding and search is on to nab them. 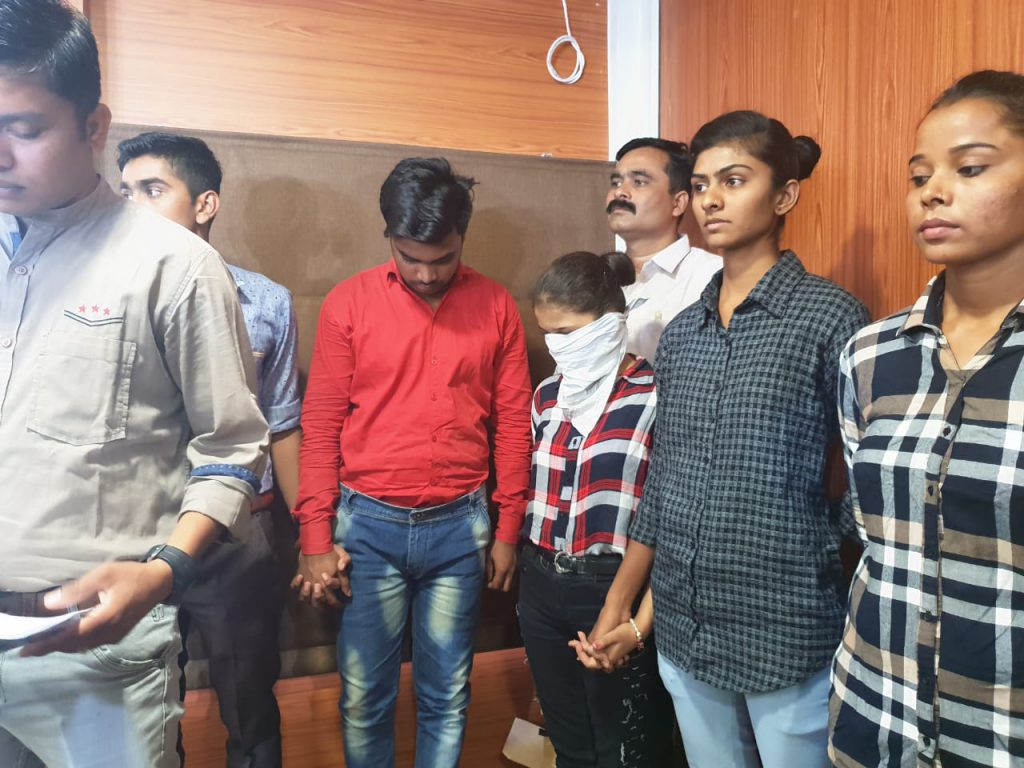 As per the details a lady Sejal Jain from Vadodara gives a complaint in the cyber cell about cheating against unknown telecallers and withdraw money from her account in the name of employment. Based on the report the crime branch team with the help of technical resources raid at West Patel Nagar in Delhi and found 10 girls and one boy involved in telecalling and lure the youths promise them to give jobs.

The online racket was run from the office where they cheated hundreds of youths from various states in crores of rupees. Cyber cell from the crime branch arrested the two Amit Gupta and Rakhi Mathur and brought them to Vadodara on transit remand for further investigation. The main accused Harshit Pandey and Anil Pandey is absconding and search is on to nab them. 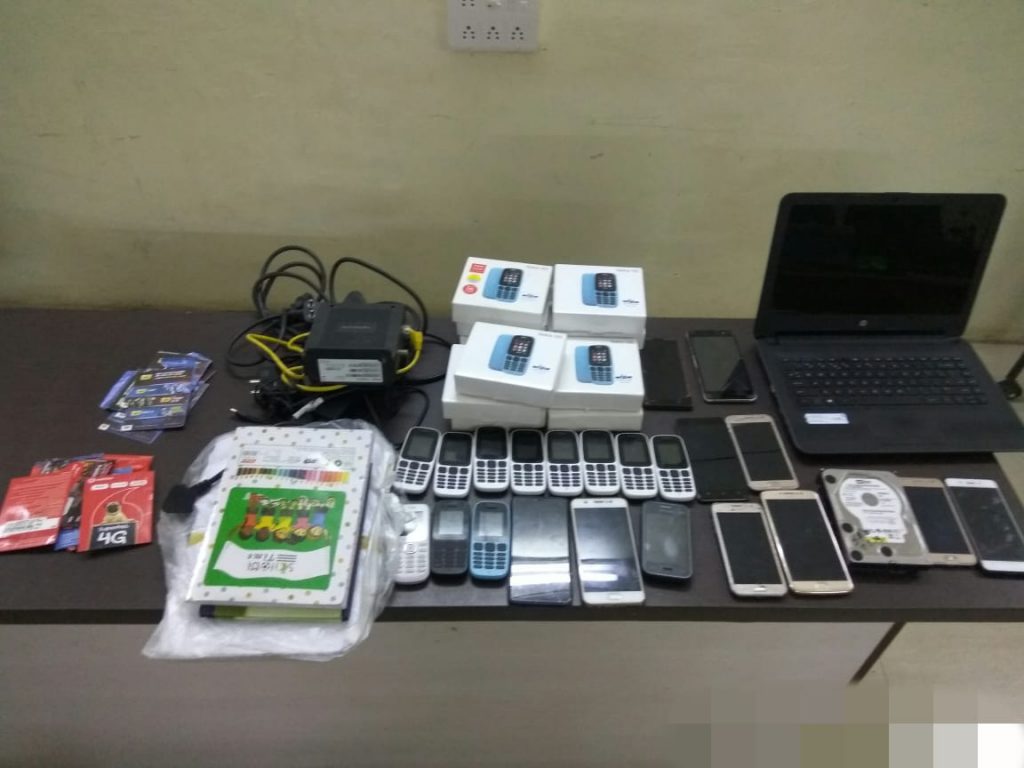 As per DCP Crime Jaydeepsinh Jadeja the Modus Operandi of the accused was to purchase data from job websites monster.com and shine.com and then call the youths on their given numbers. They asked them to fill an online form on their websites with a deposit fees of 49rupees. However in the process they cleverly get the debit or credit card date of the applicants and then done online transaction from the card without their knowledge. They run many job websites and closed them in three months and later open new one to cheat the applicants searching for jobs.

He further said that that they cheat people in states of Gujarat, Maharashtra, Rajasthan, South India tune in crores and continue the work after getting the date from the job portals. The main accused Harshit Pandey and Anil Pandey also linked themselves with three petrol pumps in Delhi where they transfer the money online to their accounts and then get the cash from them providing 10 to 15% commission. 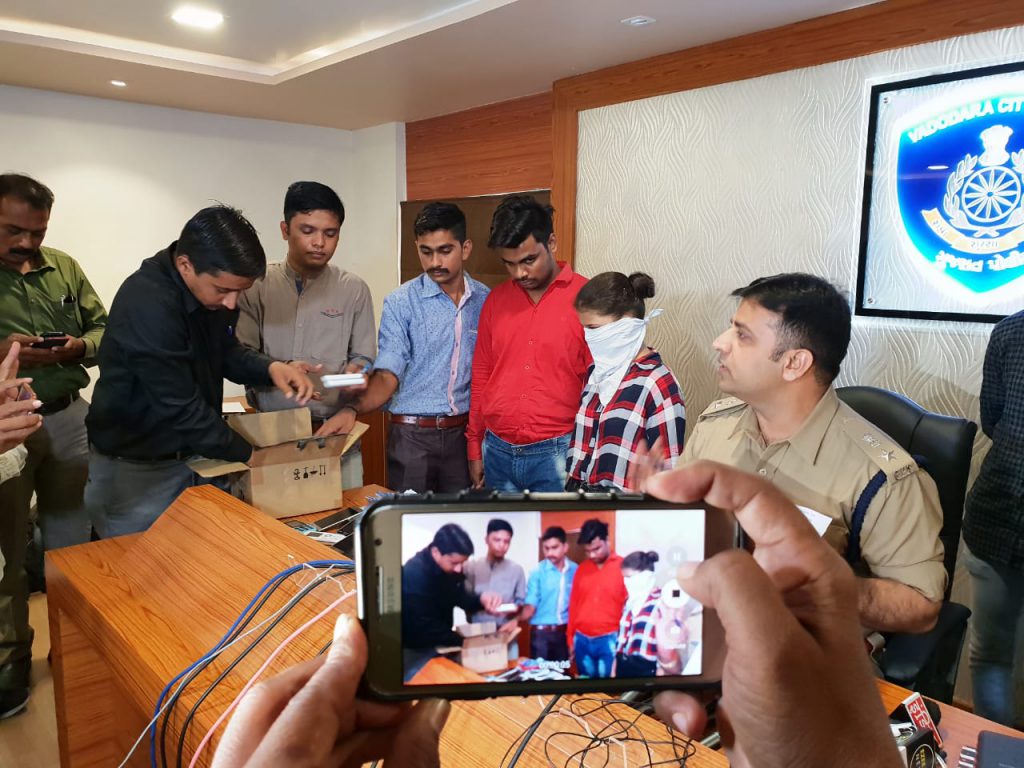 Police recovered 30simcards, 22 mobiles, laptop and other things from the office and brought the two accused on transit remand to Vadodara. Action will also be taken against the two websites for providing data and the petrol pump owners for giving the money to the accused cutting their commission.