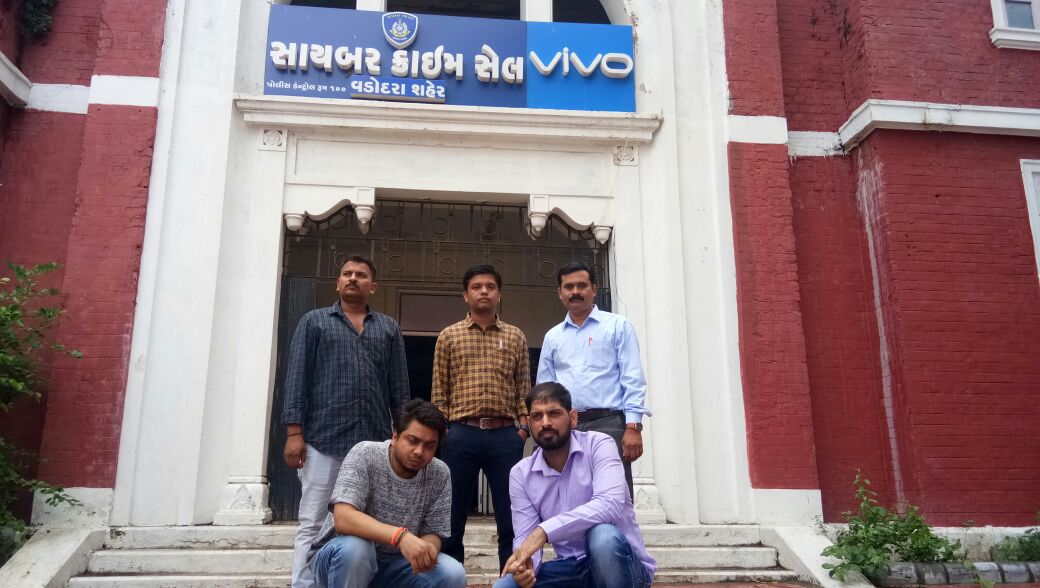 Both worked in Banks in Delhi

Vadodara crime branch cyber cell team arrested two MBA professionals for cheating a retired Army colonel in Vadodara. Both of them are working in banks at manager post and cheated the complainant by offering him profit money in Army Group Insurance policy.

The highly educated accused Lakshya Jagdishkumar Dhanwariya from Karolbaug Delhi and Sanky Premchand from Dabri road Delhi contacted the retired colonel Anil Pradhan lives in Alkapuri Vadodara. As per the complaint registered in the cyber cell the duo told him about his name was selected for the profit money in Army Group Insurance policy and he has to deposit money which he get back adding the profit.

After earn the confidence of the complainant the accused make him deposit nearly 30lakhs rupees in various accounts which he never get back and later realised being cheated by the two. Finally he gives the complaint in the cyber cell of crime branch and finally the team caught them from Delhi.

The team with the help of technical source and others found the bank account with name ‘Royal Dream House’ opened by the accused. The team arrested the duo from there and process in on to recover the money and also to trace the associates helping them in the crime.