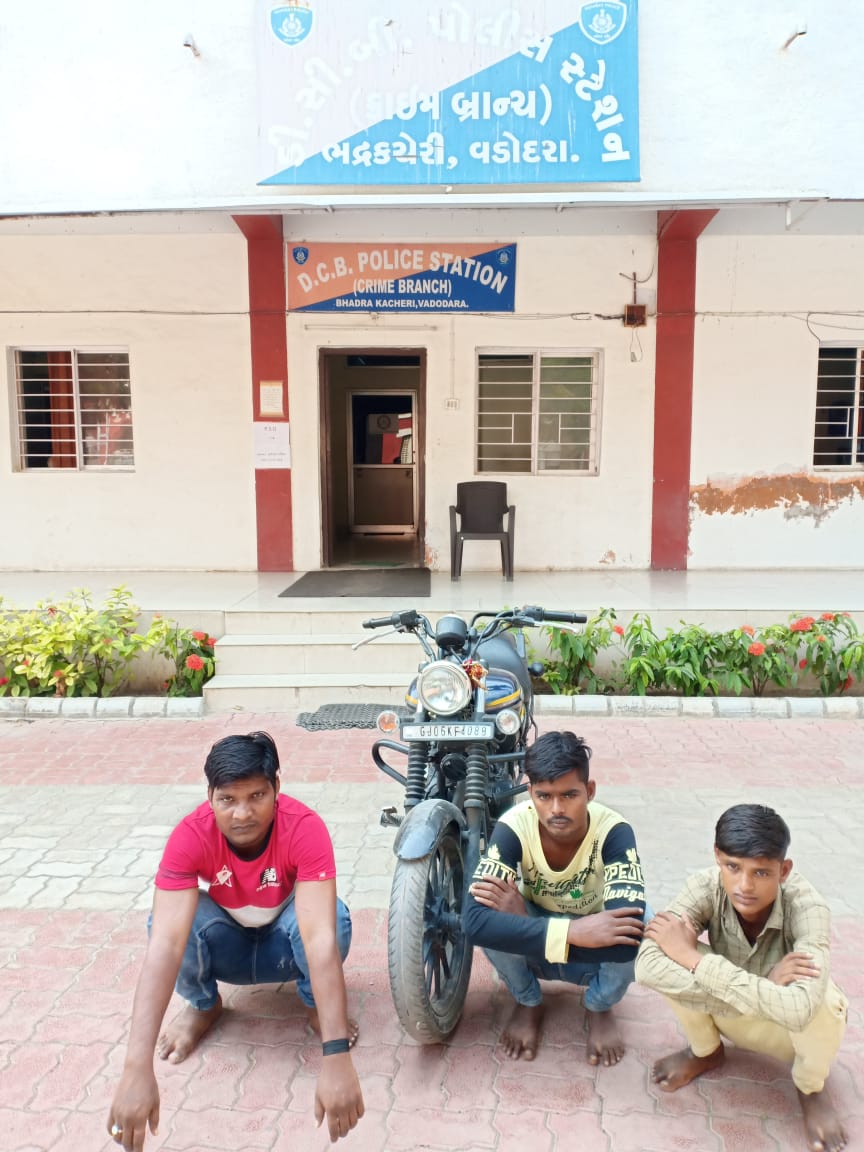 The accused commits the crime near Kalali crossing in the city

Vadodara crime branch team arrested three accused involved in chain snatching of a woman near Kalali crossing. The offence was registered in JP police station where the accused snatched the chain from the neck of the complainant worth around 38,500 rupees.

Based on the information the anti chain snatching squad intercepted the trio Near Khodiyarnagar road and while interrogation they revealed their names as Vinod Marwadi, Jiten Marwadi and Manoj Salat all in late and early 20’s and accepted to commit the crime. On their avenger bike they snatch the chain from the woman near Kalali crossing and fled from the spot.

The police arrested the trio and process is on to recover the stolen gold from them. From the arrested Manoj Salat was arrested in cheating earlier when he was a minor. Vinod also was earlier arrested by Bapod police in rioting matter.