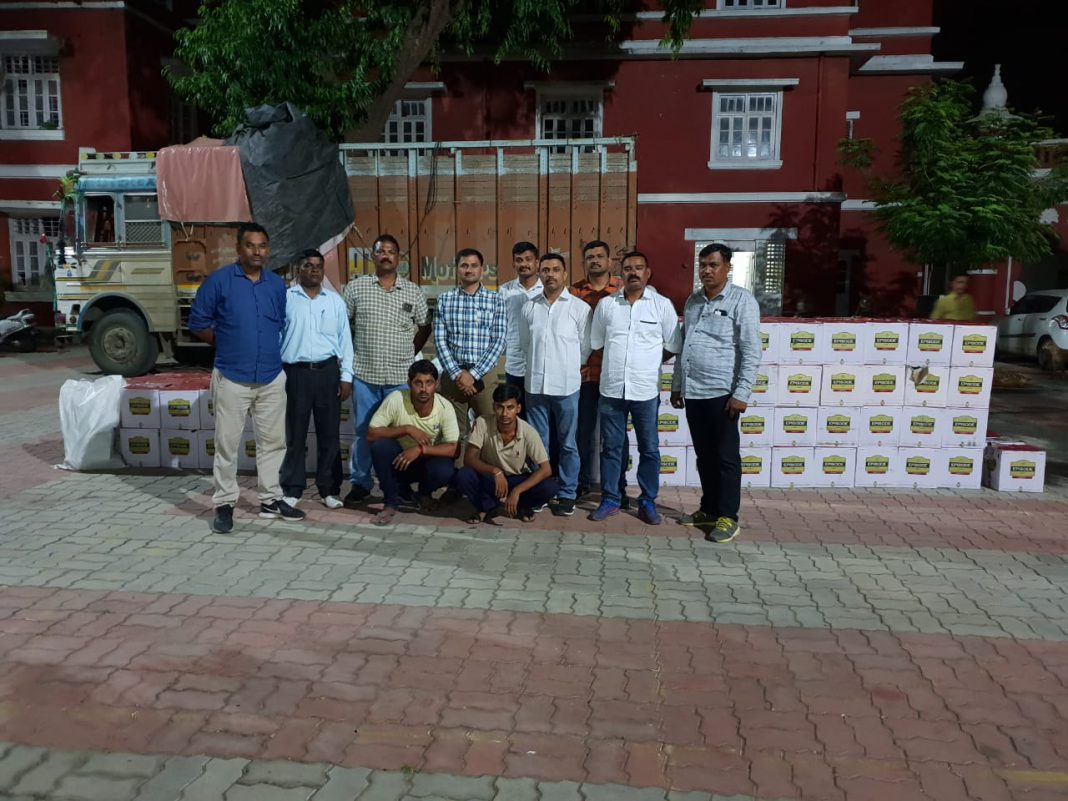 In view of the upcoming Ganeshotsav the police is making every effort and keeping strict watch at various points to celebrate the festival peacefully. Based on that the crime branch team received a tip about a liquor laden truck passing from their jurisdiction.

As per the details the team kept a watch at NH8 and intercepted the truck at Kapurai crossing. During checking they found the liquor boxes worth 20,25,600 hidden under the sacks of wheat. They arrested Sandeep Daila (Jat) and Sandeep Rao (Jat) both residents of Rajasthan carrying the liquor.