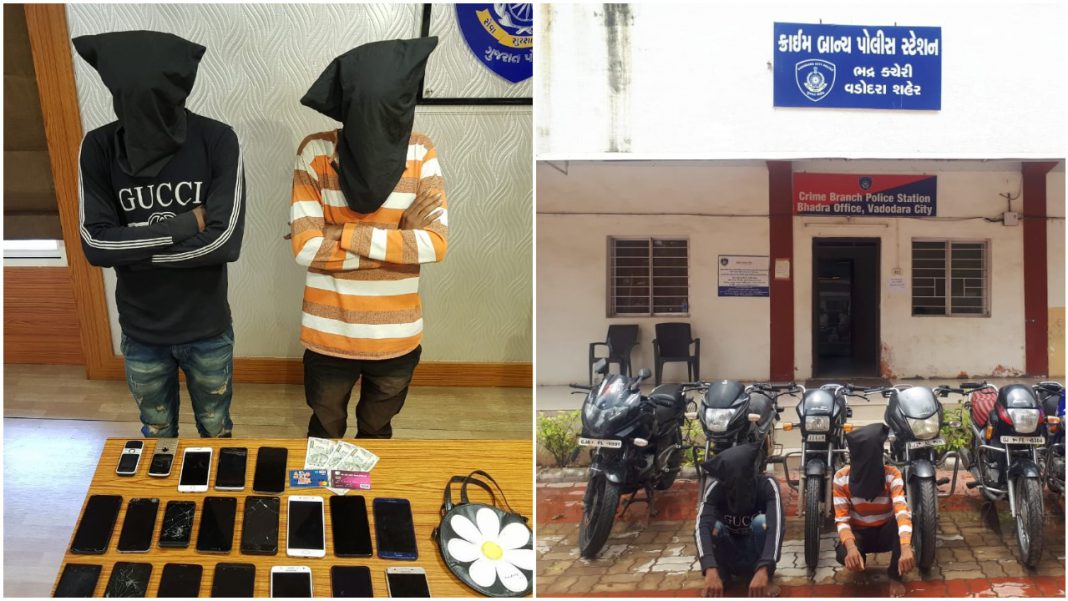 Arrested accused involved in countless crimes and cases registered against them

Vadodara crime branch arrested two notorious criminal for kicked the female members of Hindu Jagaran Manch and robbed them after they fell down. The victims are returning back after counciling a love jihad victimised girl. The arrested accused are involved in countless crimes and cases were registered against them in almost every police station.
As per details given by DCP Jaydip Sinh Jadeja on 27th July members of Hindu Jagaran Manch Meghaben Amit kumar Purohit and Sushma Solanki was returning home after counselling the victim of love jihaad matter registered in Fatehgunj police station. Around 11 pm two persons on bike kicked both of them on D Mart road while they are on way towards Pandya bridge. They then robbed them of cash and jewellery after both of women fell down on the road and injured.

He further said that the matter was a challenge to the police department and they began accessing the cctv footage to trace the accused. They made eight teams which includes PCB, DCB and SOG for the matter. Meanwhile the crime branch team received the information about the accused and arrested Raja alias Rajesh Minesh Damor and Anil Abheysinh Baria.

DCP said Raja originally hails from Jetpur village in Dahod and Anil from Pandhra village in Chhota Udepur. Both of them are involved in 11 robbery cases registered in Raopura, Panigate, Manjalpur, Bapod, Fatehgunj, Sayajigunj, Sama in Vadodara and Vasna police station in Ahmedabad. They also accepted to be involved in 20 other such cases. Police recovered 1500 cash, six motorcycles and 20 mobile phones from the accused.