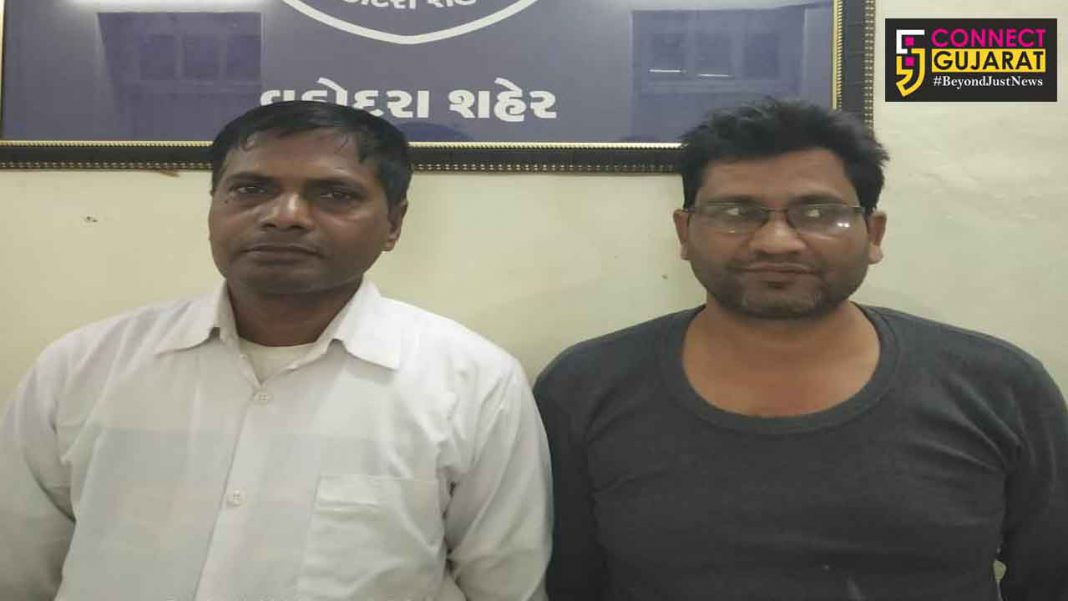 Vadodara crime branch arrested two accused from Ghaziabad for cheating of 24.9lakhs in name of giving dealership of Pharma Immune company. The accused make the complainant to deposit the amount in different bank accounts and cheat him for not giving any dealership.

The complainant Dinesh Patel from Vadodara wants to do a part time business and viewed the advertisement in a paper about a email address. He immideatly asked for the details by sending a mail to the the website dealership4india@gmail.com. The reply came and they claimed to be the biggest pharma company named  “Pharma immiune”

in America engaged in cancer research and making animal vaccines.

They further states that “Glyco Frozen Harbal Extract Oil” was import from India and give the number of their purchase manager Aavi De silva. They also mentioned about needing 20 gallons oil every month in the email. To get the dealership he has to send one gallon oil and their employee will check the quality and after the report give dealership and order the barrels. They also mentioned the company as  “Lakshmi Agro Industries” based in Gorakhpur for getting the oil with the name of the business manager as Pravin Golya having email id as sales@lakshmiagroindustries.com.

The accused in the name of “Pharma immiune” purchase manager Aavi De Silva,  “Lakshmi Agro Industries”  company business manager Pravin Golya, Mr. Morris, Taksi Siha called as from RBI and Padma as custom officer called the complainant in for “Glyco Frozen Harbal Extract Oil” dealership and lured him to extract money. They earn his confidence by giving him the offer to supply 20 gallons every month to the American company and make him deposit 24.9lakhs in various bank accounts from the period of 15th December 2018 to 24th January 2019.

Based on that the complainant approached the cyber crime and registered his case against the accused. Investigating further the crime branch team went to Ghaziabad UP after the analysis and with the help of technical sources caught Sukhai Bhardwaj and Rajesh Kumar Verma both residents of Ghaziabad. Both the accused are into money transferring business and cheat the complainant to deposit money in different bank accounts. The team caught the accused and further investigating to trace the others and also recover the money from them.

Both the accused are history sheeters and earlier arrested in Delhi and MP in the matter of tower installation in name of mobile company about eight years ago.