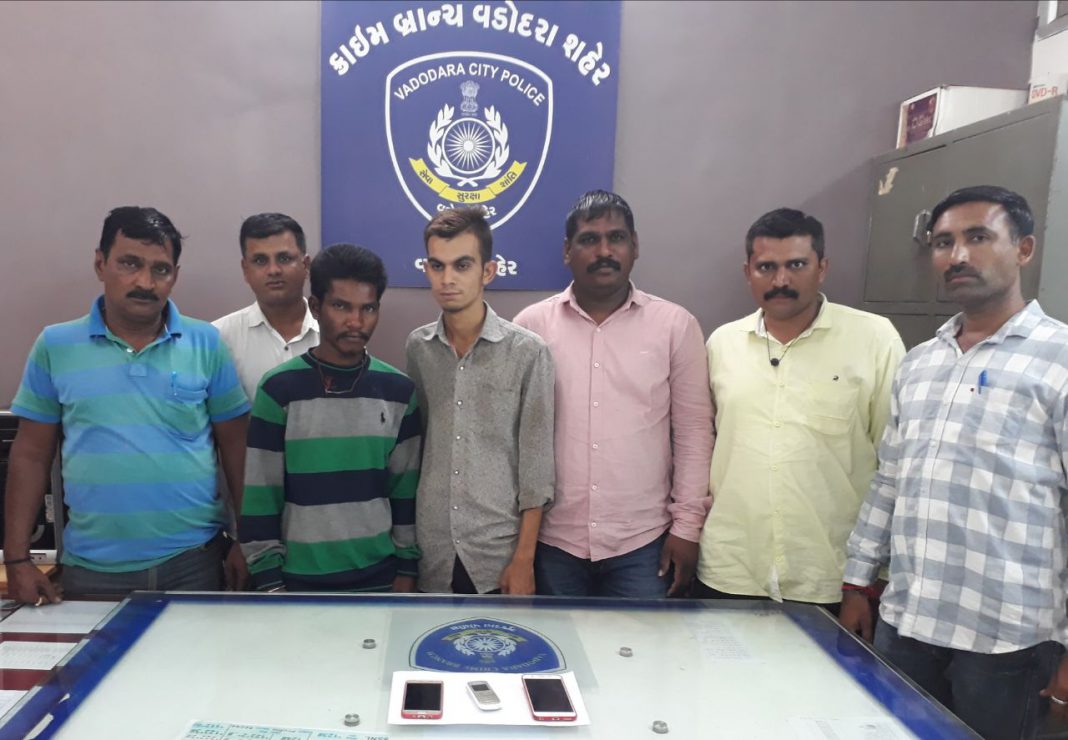 Vadodara crime branch arrested two for mobile theft in the city from people pretending to be calling someone. The duo get mobile phones from passerby pretend to call and ran away from there taking the handsets with them.

Based on the information the crime branch arrested Kaushik Chunara 21 and Shivam Chunara 22 moving suspiciously from Bakrawadi Azad Maidaan. The team recovered mobiles from there possession and while questioning the duo failed to give any satisfactory answer regarding the mobiles.

The team then interrogate them and both of them accepted to involved in mobile theft about one and half months ago. They asked for mobiles from passerby pretend to call someone and ran away from the spot. They accepted to theft mobiles from Lalbaug, Sayajigunj and Navapura areas of the city. One of the accused Kaushik was earlier arrested in house breaking incident.