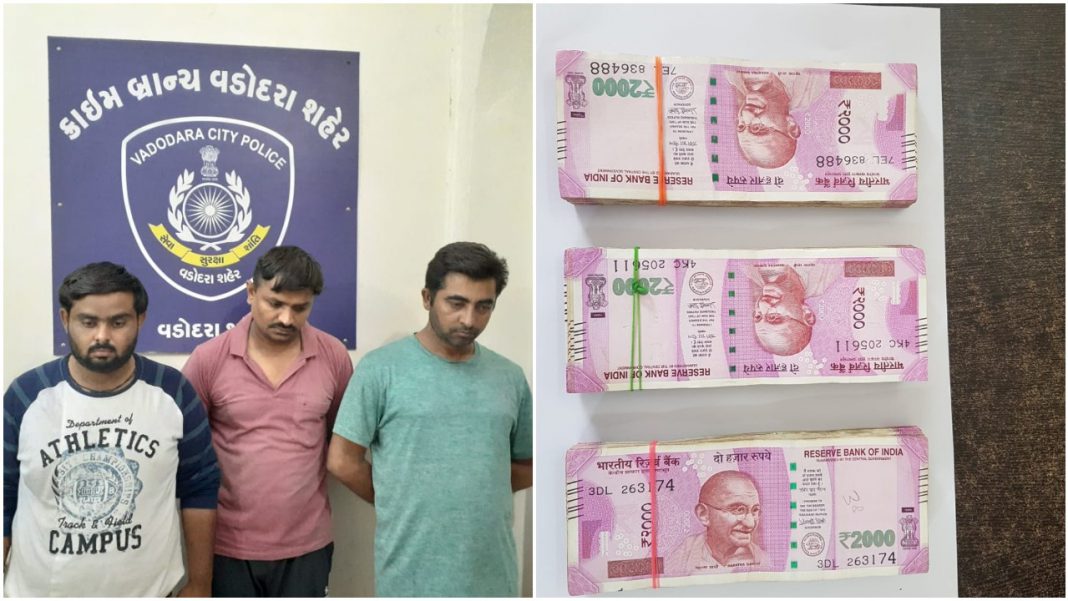 Cheat the person giving him children bank duplicate notes in return of original cash worth 8 lakhs.

Vadodara crime branch arrested the gang involved in cheating a person giving him children bank duplicate notes in return of original cash worth 8 lakhs. The accused lured and promised the complainant to give extra money in exchange of cash in 2000 denomination notes.

As per details the accused Mukesh Belani and Manish Savlani lured the complainant to give 33 lakhs in exchange of 30 lakhs with 2000 denomination notes. The complainant told them to have eight lakhs at present with them. The accused took the cash and in exchange gives 70 bundles of children bank notes with 500 notes on both sides to cheat him.

The victim gives the complainant in Karelibaug police station and based on it the crime branch team arrested the three from inside a car near Metro hospital. The team recovered 5.68lakhs cash, mobiles and car from their possession and further investigating in the case.

The third accused Jayendra Bhadoria helped the accused fled from the spot in his rickshaw.