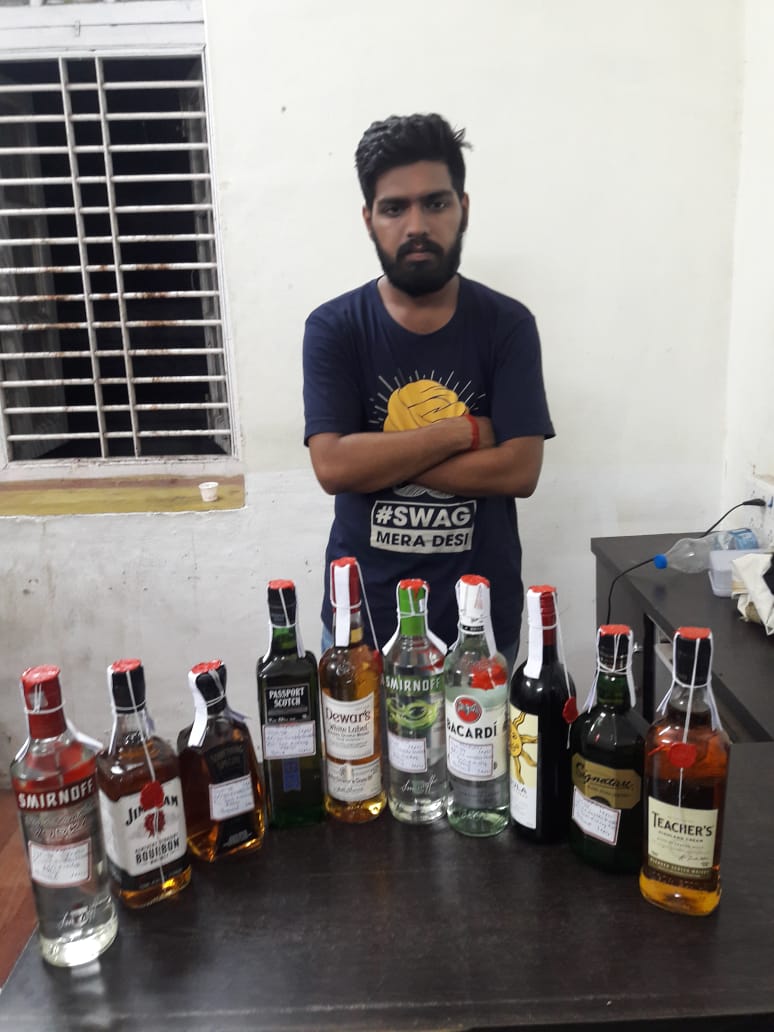 The team received the tip about the accused and raid Fine Home Apartment near Akota Goverdhannathji haveli and saw him turned back with a heavy bag in his hand. While investigating he revealed his name as Ketan Chauhan residing in S5 second floor of the building and originally from Vapi.

The team found various luxurious branded and costly liquor like Smirnoff Vodka, Something Scotch Whiskey from Scotland, Passport, Teachers, Bacardi, Smirnoff Green Apple, Devars, Signature, and others total 78 bottles worth around 73,800 from him.

Primary investigation revealed that the accused brought the liquor from Daman and sell here for earning more money here in Vadodara.

The accused is B.E. Electrical and work here as part-time job in Vadodara. He wish to pursue his studies abroad and for that collecting money by selling liquor in the city. Police is further investigating about the source from whom he brought the liquor and sell here.