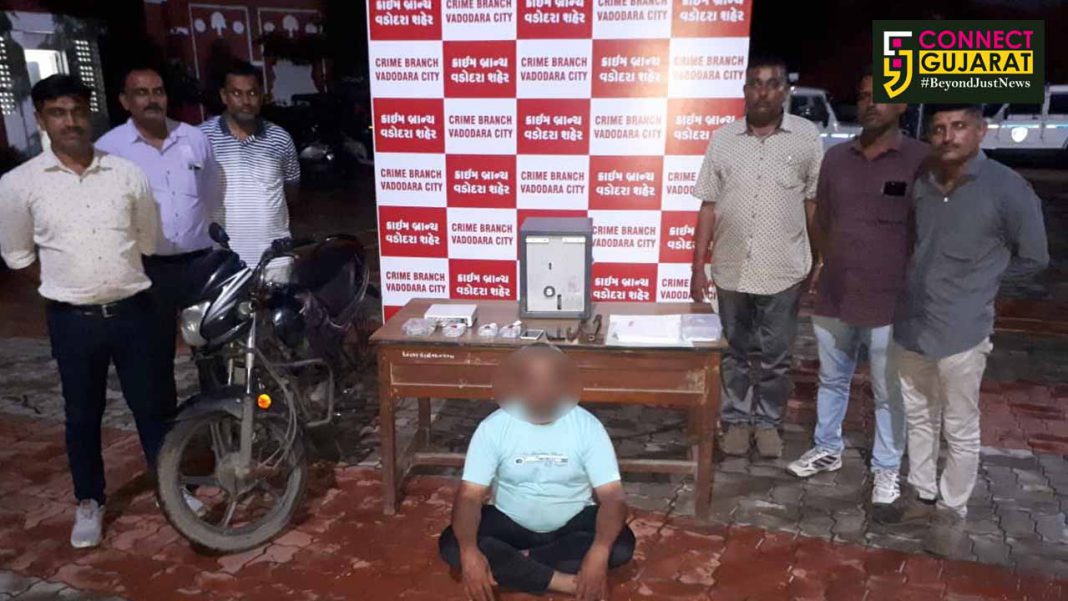 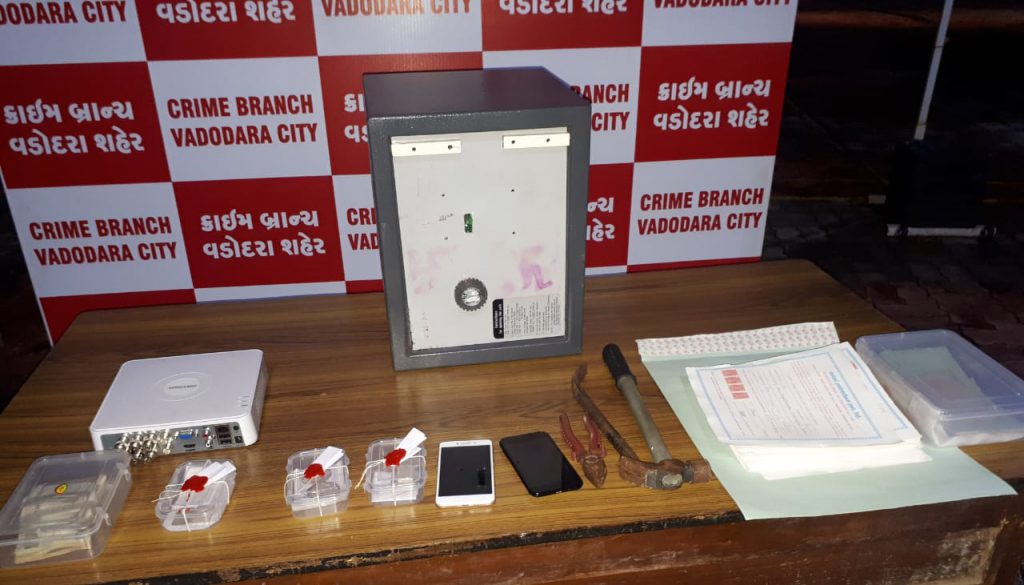 Crime branch arrested Amit alias Shyam Navin Darji involved in more than 40 offences of house break-in, loot, vehicle theft. Resident of Shubh residency near Ratanpur village is tailor by profession and involved in crimes for years. He committed crime in cities like Vadodara, Anand, Surat, Ahmedabad and arrested by the police couple of times earlier. However he managed to escape and was on the run since then.

Crime branch recovered stolen items worth 64,450 from him. During primary interrogation he accepted to be involved in theft at Fatehgunj, Navapura, Sayajigunj, Gotri (Vadodara), Sarkhej, Navrangpura, Vidyanagar, Anand, Aslali, Maninagar, Ahmedabad, Sattelite and Vastrapur. Police is further in process to get remand from the court.