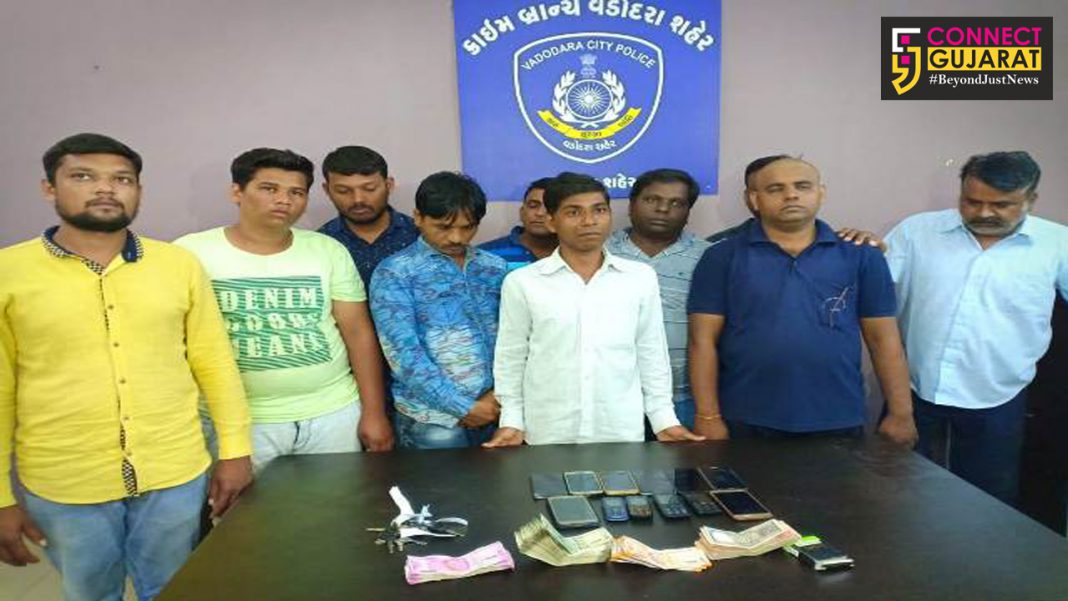 Vadodara crime branch arrested 10 gamblers playing cards inside SBI General Insurance office at OP road. The accused Alpesh Rana works as security guard in the office invites his friends there to play cards in the premises.

As per details SBI General Insurance company has three offices in 212, 213 and 214 in Pancham Heights building at OP road area of the city.  Alpesh Rana is working as security guard there and often invite his friends to play cards there inside the premises in restricted holidays.

On the occasion of Mahashivratri he called nine of his friends there and all are playing cards there. The crime branch team received the information raid the spot and caught ten accused from there. The team recovered 1,08,580 cash, 12 mobiles, five two wheelers from the spot.

All of them were booked under various offenses and further investigation is on in the matter.