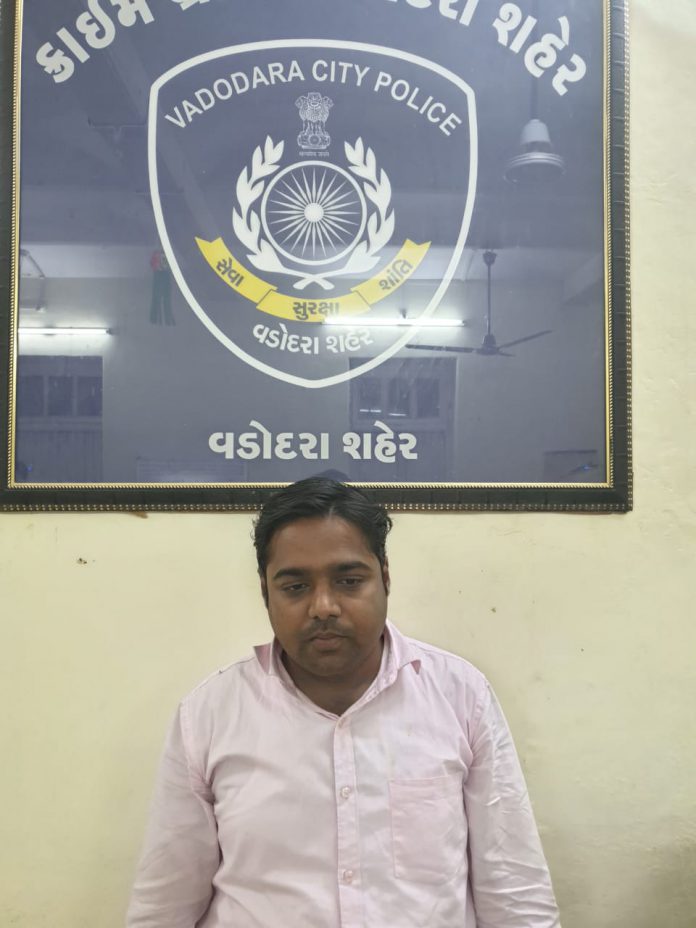 Accused cheat him of 15.74 lakhs through online purchasing by the credit card.

Vadodara crime arrested one accused for cheating a retired IOCL employee by issuing a credit card in his name. The accused earn the confidence of the complainant and cheat him of 15.74 lakhs through online purchasing by using the credit card.

As per details the complainant Jayesh Umarwadia resident of Pushpak Green at Undera retired from IOCL as senior production engineer in 2014. He met the accused Bhavesh Verma pretending to be as SBI Bank employee first time inside the bank.

Later the accused visited his home and asked him to change is present credit card with low cost one which gives him more benefit. He also said not to keep more cash in his saving account as the interest is less and he helped him to fix deposit it.

He earned the confidence of the complainant and mentioning other mobile number in the opening form to cheat him. Without his knowledge the accused with the help of electronic POS machines and online transactions cheat the complainant with 15.74418 lakhs and not pay the bills till date.

The complainant registered the complaint in cyber crime cell on 27th February and based on that the team caught the accused with the help of technical sources and informers.

The accused Bhavesh Verma studies till 10th and completes ITI electronic course. He works as advisor on commision in ICICI insurance company at Race course circle from 2008. Police is further investigating to recover the cash from the accused.