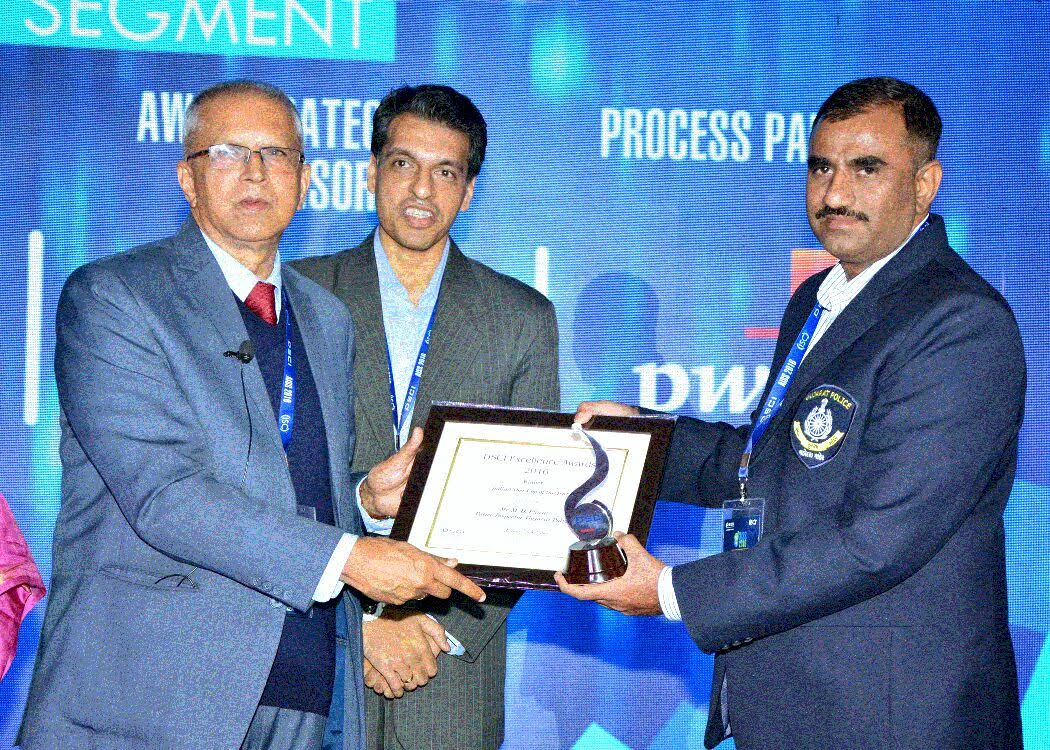 Its a proud moment for Vadodara police as M.D. Puwar police inspector city police station and former cyber cell PI received India Cyber Cop Award for outstanding investigation in solving a cyber crime. The award was given to them at a function held at Gurgaon.

In 2014 the then Cyber cell PI M.D. Puwar cracked the case where a Delhi gang cheated people including in Vadodara in the name of giving jobs. Puwar exposed the case after the complaint by one Krunal Panchal living in Vadodara Nizampura area for cheated him.

In his complaint he stated that one Rahul named person called him and said he is speaking from HR department of Karobaar.com the No.1 job portal recognized by Indian government. He further stated that the accused got his Debit card details and transferred 23,816 rupees from his account. After investigation the case PI Puwar found that the gang cheated people at other places all across the country and cheated them of crores of rupees. The Vadodara police arrested six persons including a woman for cheating people including the complainant from Vadodara.

PI M.D. Puwar received the award for his work and is the only one from Gujarat.

Data Security Council of India (a wing of NASSCOM) has instituted India Cyber Cop Award category in the DSCI Excellence Awards 2016, that recognizes and honors a police officer who has done the most outstanding investigation in solving a cyber crime. The winners will be felicitated at the Awards Ceremony, which is being held on 14 December 2016 at 19:00 hrs at the NASSCOM-DSCI Annual Information Security Summit in Gurgoan, at Hotel Leela Ambience. PI M.D. Puwar is also felicitated by Vadodara police Commissioner Manoj Shashidhar and other top officials for the feat.