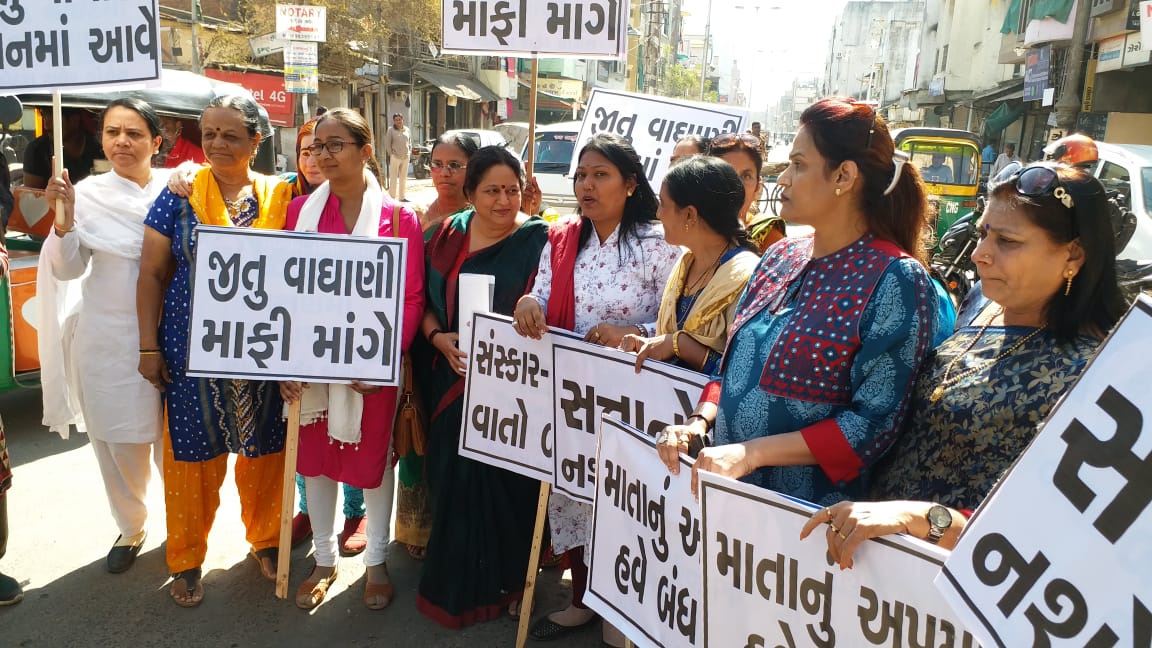 Demand apology for his remarks

Vadodara city Women Congress protested against the remarks made by Gujarat BJP Chief Jitu Vaghani against Rahul Gandhi. With banners and posters the members protest in front of the house of state BJP Women wing President Jyoti Pandya and demand apology from Vaghani.

Jitu Vaghani was on the receiving end over his remarks on Rahul Gandhi and he even clarified it by saying it was misinterpreted and he is ready to apologise if hurting anyone’s sentiments. However Congress took a strong objection on the whole thing and demand a apology from him.

On Tuesday the women wing of the party raised their protest against in Vadodara and demands a apology from him. With posters and banners they protest in front of the BJP women wing President Jyoti Pandya and strongly condemn the incident.

Panigate police detained around 15 women members after they tried to disrupt the traffic during the protest. Gujarat women Congress secretary Vigyatri Patel said the remarks by BJP Gujarat chief shows his mentality and he insulted every women. She demands apology from him for his remarks first then BJP must remove such persons from the party.