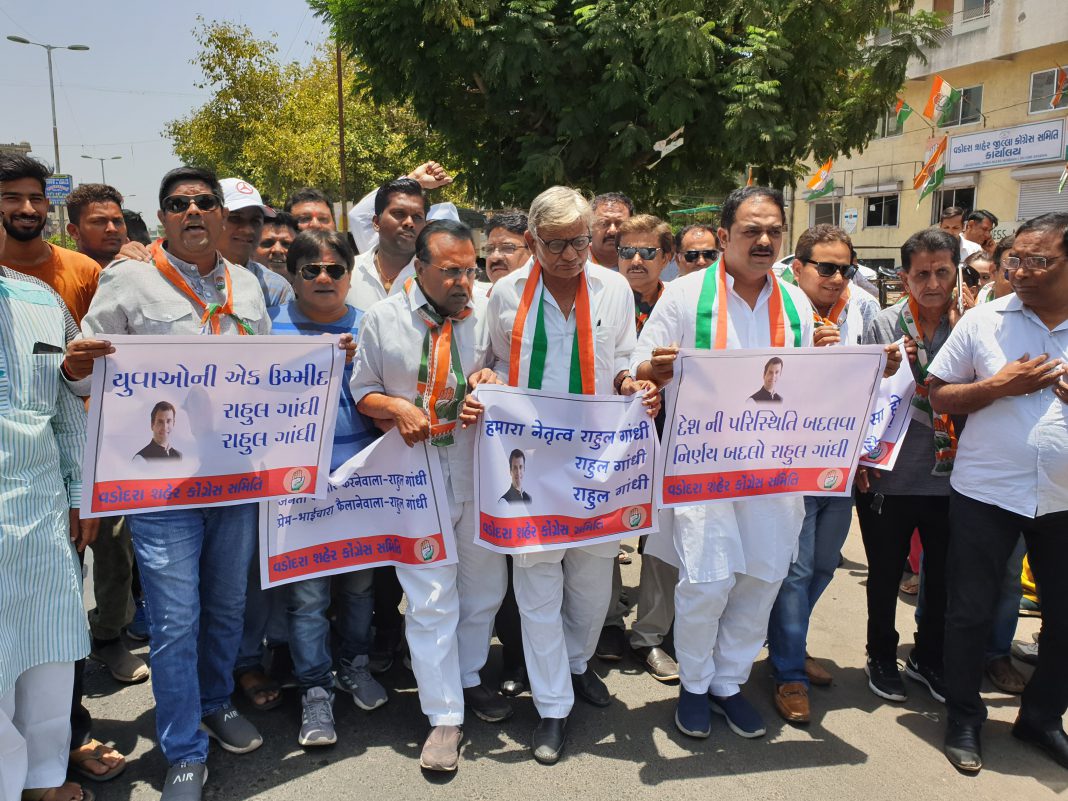 Vadodara Congress requested their National President Rahul Gandhi for not leaving the post in the larger benefit of the youth and nation. They took out a rally with banners and demand Rahul as their leader.

Rahul Gandhi proposed for resignation after the Congress party defeat in recently held Loksabha elections. However the leaders and supporters not accepted it and request not to resign from the post.

Vadodara Congress on Tuesday also took out a rally with banners to support Rahul Gandhi as their leader. They requested him not to quit the post in larger interest of the youth and nation. They started from the party office at Lakdipul till Akota Dandia Bazaar bridge crossing. President Prashant Patel, leader of opposition Chandrakant Srivastav and other leaders and supporters joined the rally.