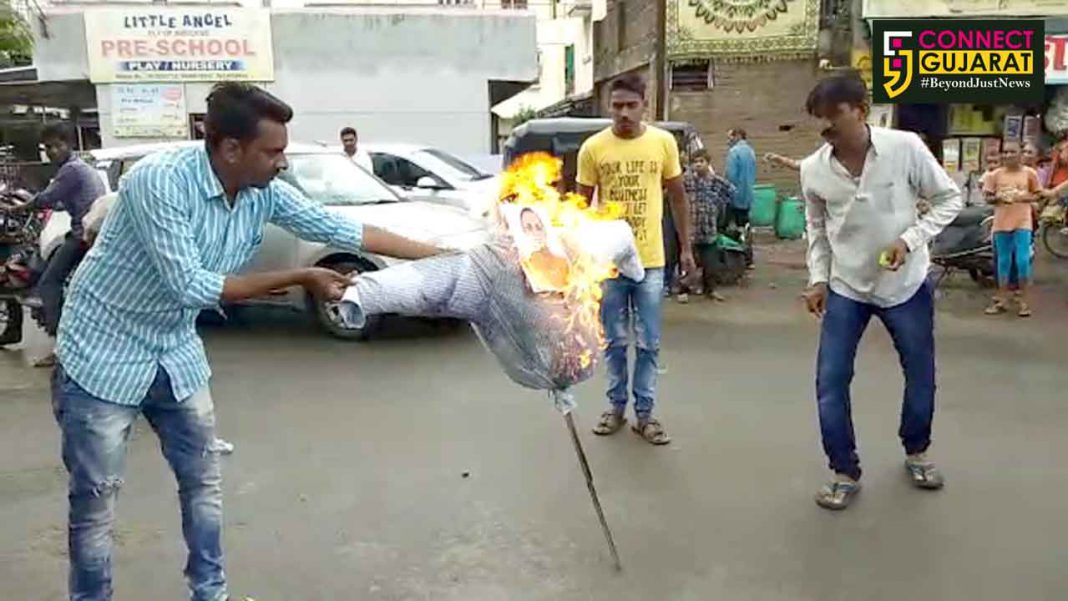 Vadodara Congress protest against the state government for providing cash dole assistance to the flood affected meduim class people of the city. They burn the effigy of CM and demand for the assistance to people. Police detained three members of the party and further investigating.

Congress member Jitendra Solanki said the poor people living in slum areas suffered loss due to the floods in the city as the water entered inside their houses. The medium class also faced loss as the water entered till first floor houses in some areas. The shops at New Sama road also faced loss and the government only give assistance only to the poor.

The Congress demand cash dole assistance for the medium class and raised slogans against the government. They also burn the effigy of CM to push their demand. The police later detained the members from the spot and further investigating.

Centre to hold talks with farmers at 3 PM in New...