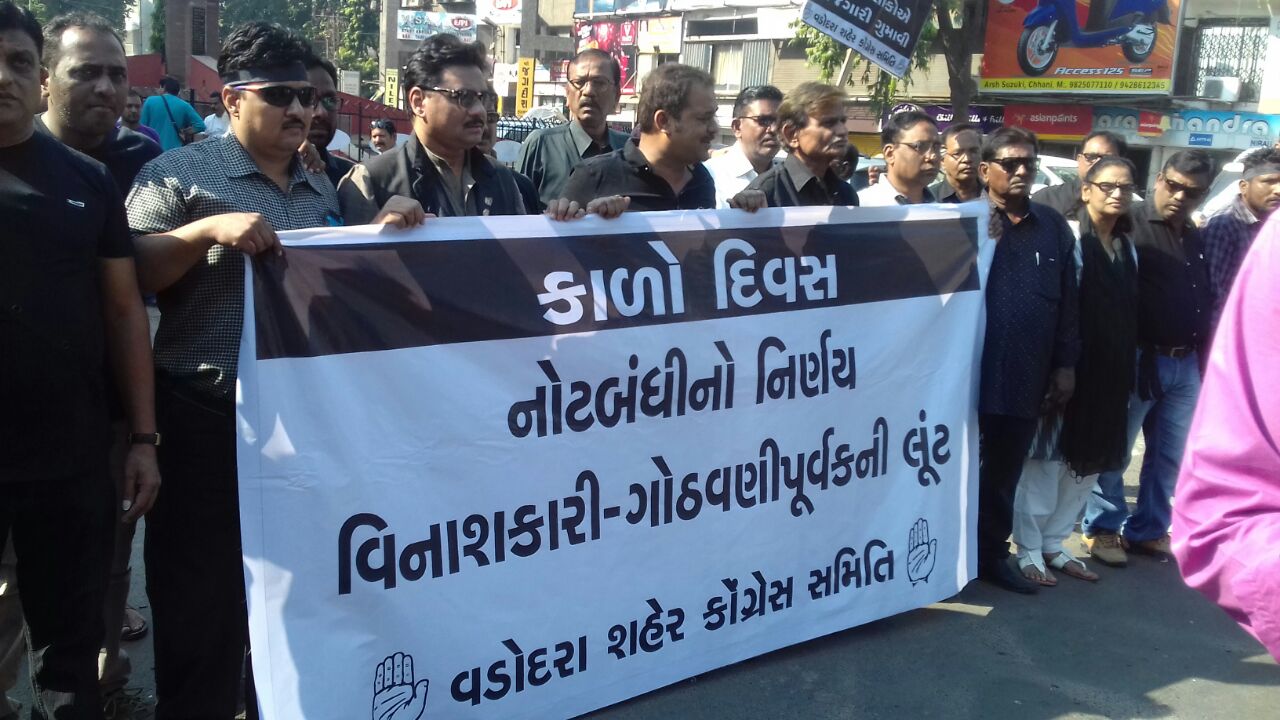 Vadodara Congress celebrate Black Day on Wednesday November 8 the day Demonetisation completing one year in the country. The members of the party wear black dress in protest with the decision and shouted slogans against the central government. On the other side BJP calls it a achievement and organise signature campaign in various areas of Vadodara city. 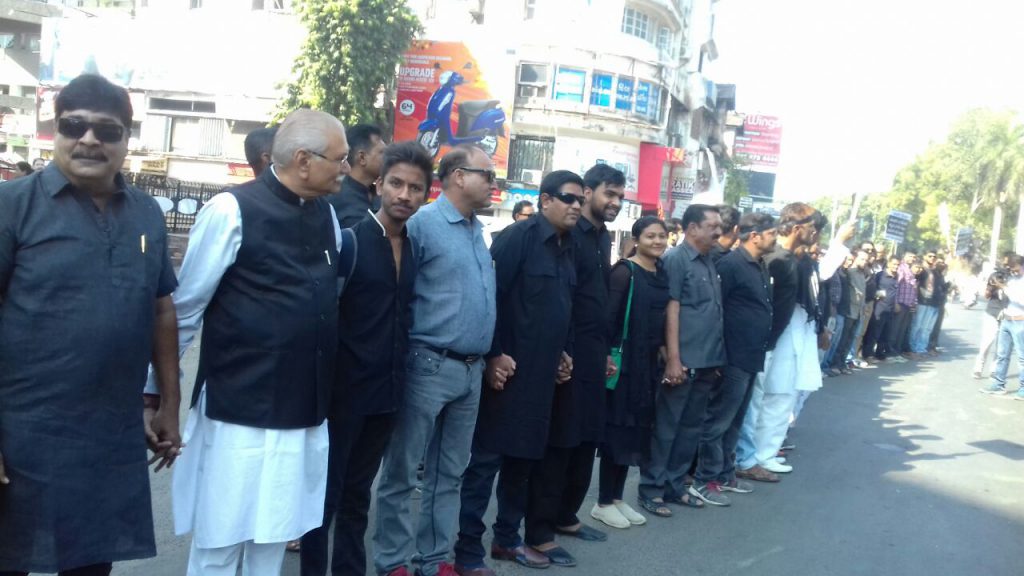 They calls the government decision of demonetisation well planned loot and dangerous to the economy. They allege that the black marketeers are still at large and GDP is also down in the country. With banners, posters the Congress shouted slogans against the government and formed a human chain to raise their protest. 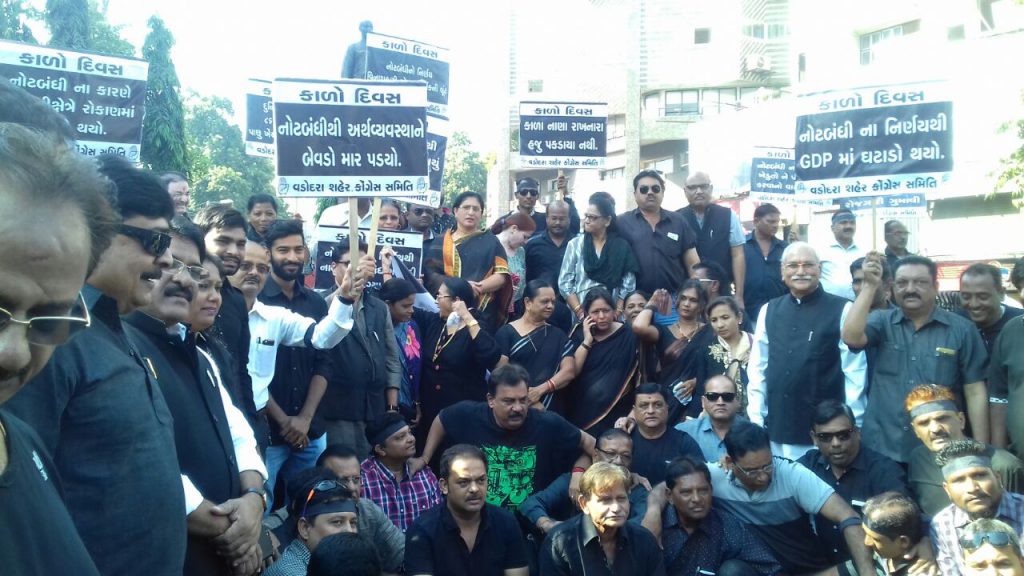 "After one year Demonetisation is not proved beneficial for the country. Youths get unemployed, small and medium businessmen suffers, country's growth also stops. PM Narendra Modi claims of demonetisation stops terrorism also fell on its face. The day today is known as Black Day in the history books," said Prashant Patel.

However on the other side the BJP calls the day a achievement for the government which put brakes on black marketing. The economy develops, brakes on terrorism as the funding stops and in coming days the decision proves to be beneficial for all. They organise a signature campaign in various areas of the city and welcome the reviews of the people.