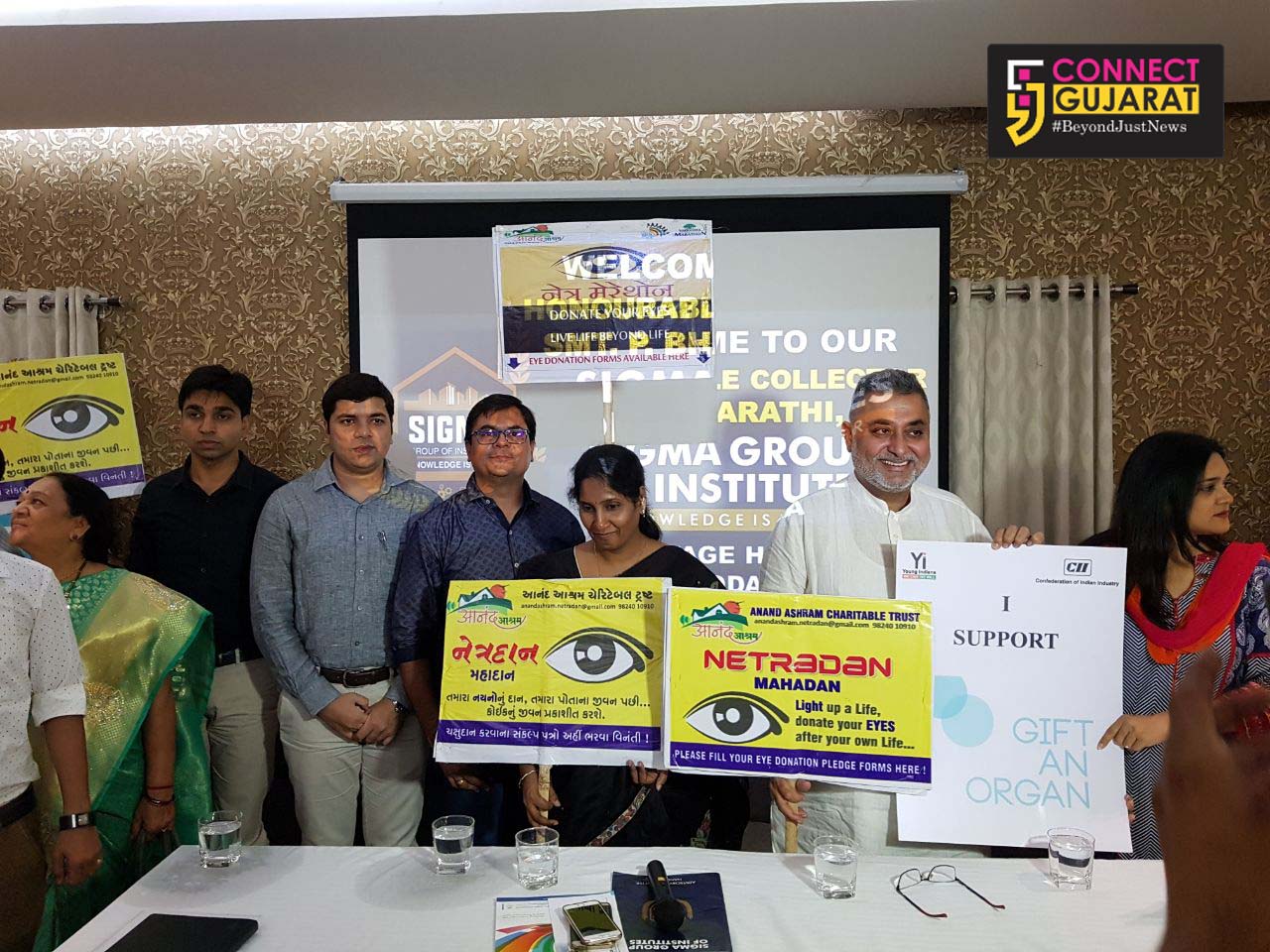 To sensitize people about caring for visually impaired and for eye donations an art exhibition of paintings was organised in Vadodara. The special thing was that 25 divyangs draw their emotions on the canvas and spread the message of eye donation in the society. The collector of Vadodara P. Bharathi also signed the consent form along with Bhavya Arya trainee IAS, Saurabh Paradhi DDO Vadodara.

The unique programme was organised by Anand Ashram Charitable Trust along with Young Indians where 25 Divyang draw their emotions on canvas. They were helped by the volunteers to draw and chose the colour combinations. The paintings spread the message of eye donation in the society which the people often neglect.

The Vadodara collector also supports the cause and signed the consent form along with three other officers for eye donation. She also issued a letter in this regard to the chief of all administrative departments and supports the cause.

“This year Vadodara will host the state level Independence Day celebration and we have decided to contribute something back to the society. Anand Ashram is supporting the cause of eye donations for many years and this year we decide to sign at least 25,000 forms from Vadodara. The statistics shown that every year 32 to 62 lakhs suffered from eye blindness and not much support the cause. If 1% of the people signed the consent form then the problem will ease a little. I also signed the form along with my family and other officers to support the cause. We also issued a letter in this regard to the various administrative departments and will try to get maximum donations,” said P. Bharathi collector Vadodara.

The Divyangs drawn their emotions on the canvas and felt that their paintings are best among all. One of the artist Jayanti Parmar said that although he can’t see the painting but he is sure that his painting is the best among all.

The curator Sachin Kaluskar said that this is first of its kind event where the Divyangs spread the message of eye donation in the society. They feel that the movement started from Vadodara will spread to the other parts of the state and country with positive effect.