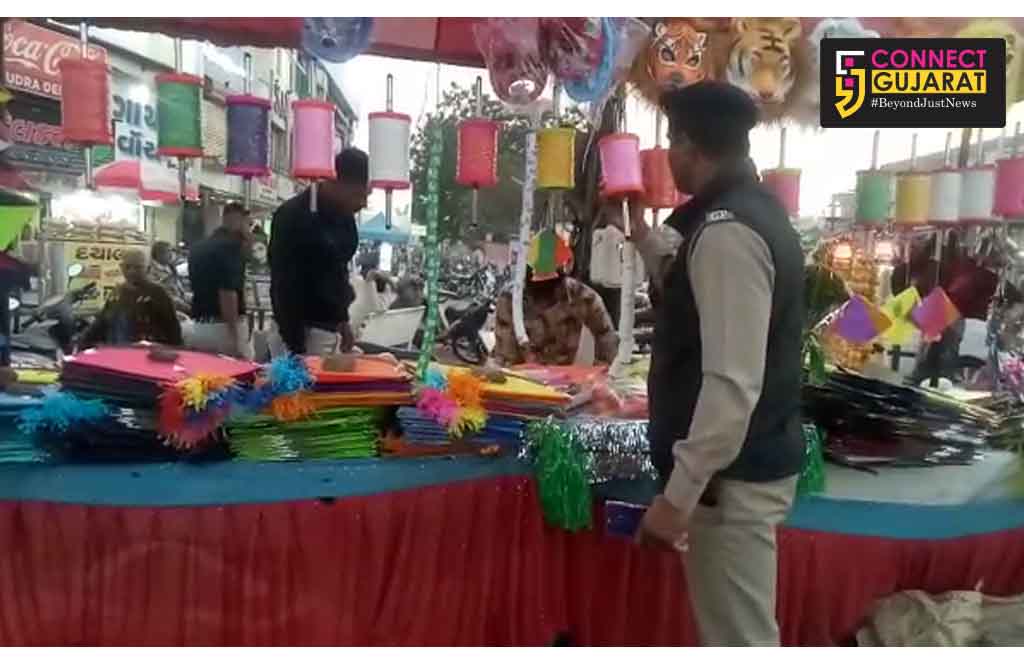 Seized 80 pieces from him

In view of life threatening incidents during Uttarayan the Vadodara city police put ban on selling of Chinese strings and hot air balloons. But to earn quick money people are selling the items freely inside the markets putting the life of people in danger.

However the city police is also not taking the things lightly and arrested one businessman for selling the Chinese balloon. The surveillance squad of Warasiya police station during the checking caught Rushi Walia living in Ashish Society for selling the balloons and seized 80 pieces from there. Police booked him and take action against him under GP act 131 and 117.

The main market in Mandvi areas these days is jam packed with the kite market and Chinese items are selling there openly including the deadly strings. The police recently caught 9lakhs worth duplicate string from Wadi area and now they caught the one person selling Chinese hot air balloons.

Joint Commissioner of Police Kesrisinh Bhati said people normally sharpen the threads by using glass and other harmful products which is life threatening for the people moving on roads. Strict instructions are given to all the police stations in the city for action against such businessmen.