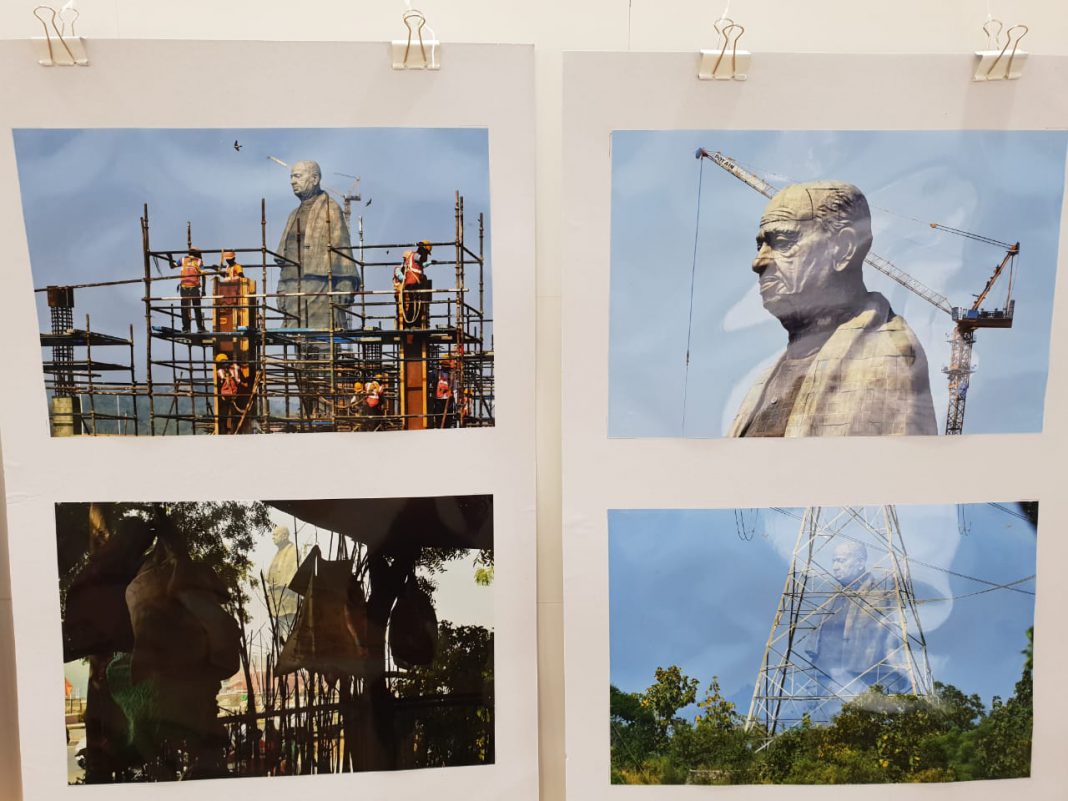 City based photographer Hariom Gurjar captured the beautiful pictures of Statue of Unity giving the frame wise details about the historical creation. He exhibits all his work and displayed the pictures which are the first of its kind exhibition on the topic anywhere in the world.

From 2013 to 2018 he clicked total 5000 pictures on Statue of Unity and displays 92 selected ones in the exhibition titled ‘Creation of Statue of Unity’ in Vadodara. The pictures starting from the land acquiring till completion showcase the steps into the construction of World’s Tallest Statue.

“I went there as nature lover but later decide to focus on the construction of historic Statue of Unity. I purchase special lenses for the work and in the last six years visited the site around 26 times to capture the moments. From the natural beauty, hard work of labourers, step by step construction, View of Sadhu Tekri from different angles, top view, different weather and showing the personality of Sardar Vallabhbhai Patel with various symbolic angles,” said Gurjar.

After capturing the moments of the wonderful creation Gurjar now want the documentation of his pictures and displays there at the spot. “This is probably the first time someone capture the detailed construction of Statue of Unity in pictures. I work independently based on my interest and now I wish the government take note of it and displays there at the museum,” said Gurjar.