Vadodara city all set for Marathon Sunday on 7th January 2018 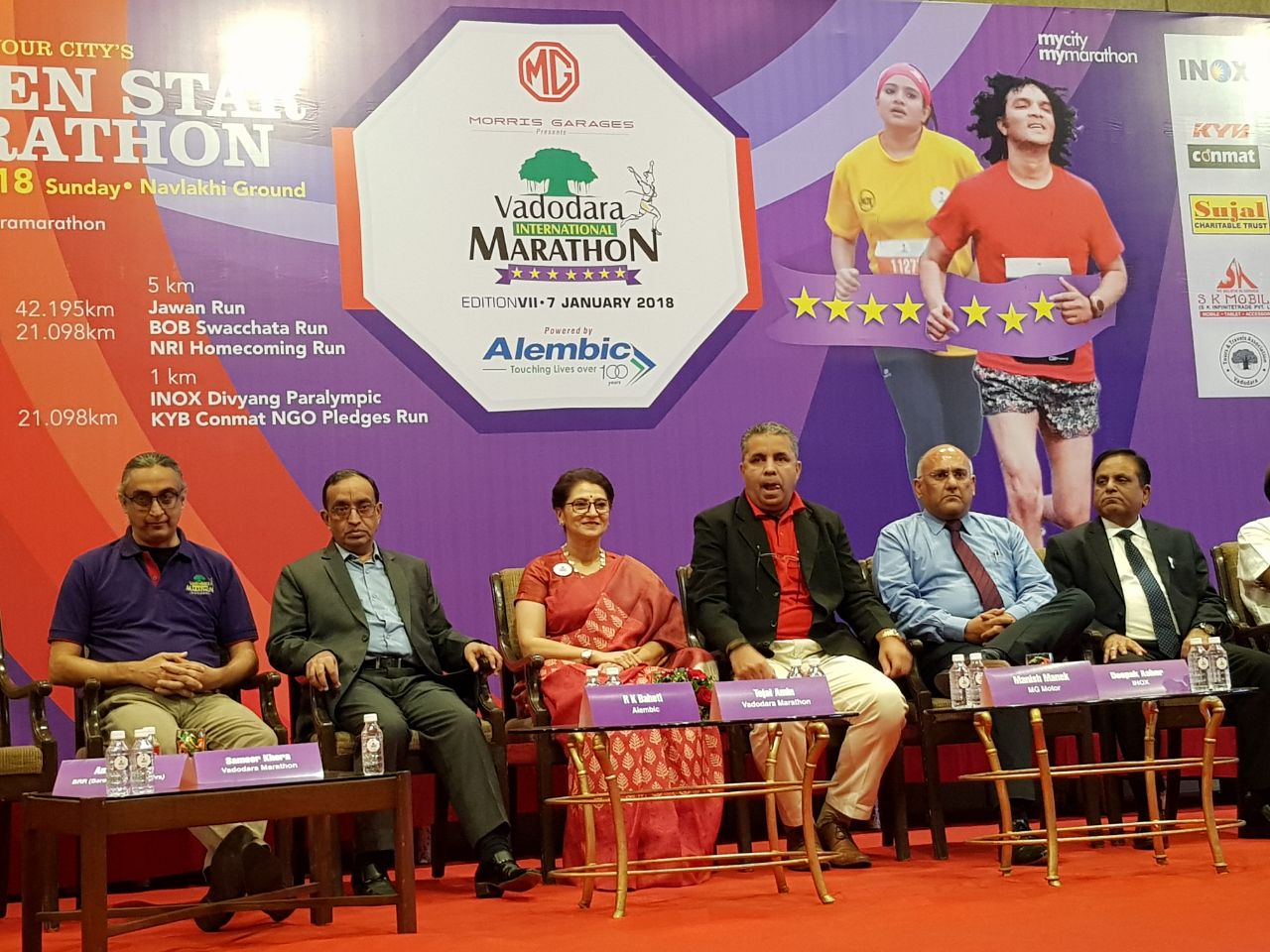 The M.G. Vadodara Marathon will be held on January 7, 2018 from Navlakhi Ground . With just three days left the Marathon got record breaking registrations of 87073 broken its own record of 74149 registrations last year.

Gujarat CM Vijay Rupani will flag of the run from Navlakhi ground on Sunday.

The seven star marathon in its seventh edition of registered a record breaking 87073 registrations. With this now the participants timing for completing the full marathon or half marathon would be a bench mark and approved time to qualify in international marathons like Newyork , boston, Hongkong or Standard Chartered marathons.

The professional runners are integral part of the marathon and the route is also designed according to the international standards with Ambluence, two mini hospitals, two shower points, sponge points, Cramp relief points and more.

Taking a new initiative this time the organisers compose the Vadodara Marathon Sanedo for the race and released it in a press confrence held today Thursday. Meet the pacers will lead the runners in the various categories to finish the run.

The flag off ceremony will be attended by Gujarat CM Vijay Rupani and other local dignitaries. Pujya Goswami Vishal Bawashree of Nathdwara Vaishnav Bethak will be the guest of honor. The first flag off for 42km full marathon will be at 5.45am, while the second flag off for the half marathon and relay race will be at 6am followed by 10km time run at 6.15 am.

This time 50 Swacchta Mitra will lead the Swacchta Run followed by Jawaan Run and Divyang run which will be flagged off there after. The NRl Home coming run will be flagged off separately. As part add fun to run the organisers add a category the fancy run where the participants will be dressed up in various fancy outfits and be the center of attraction for the citizens of Vadodara.

The entire route will have various cheer zones with dholtansa, and other music band to cheer the runners. Children from various schools will participate to cheer up the runners.

"The record breaking registrations for the marathon is really a major source of energy for team marathon. We are always committed to sports With seva and we will aim to work more and more with this encouragement.” said Amin.

The torch of seva run where the leading citizens of Vadodara will run to raise donations from various channels and support the NGOs of their choice.