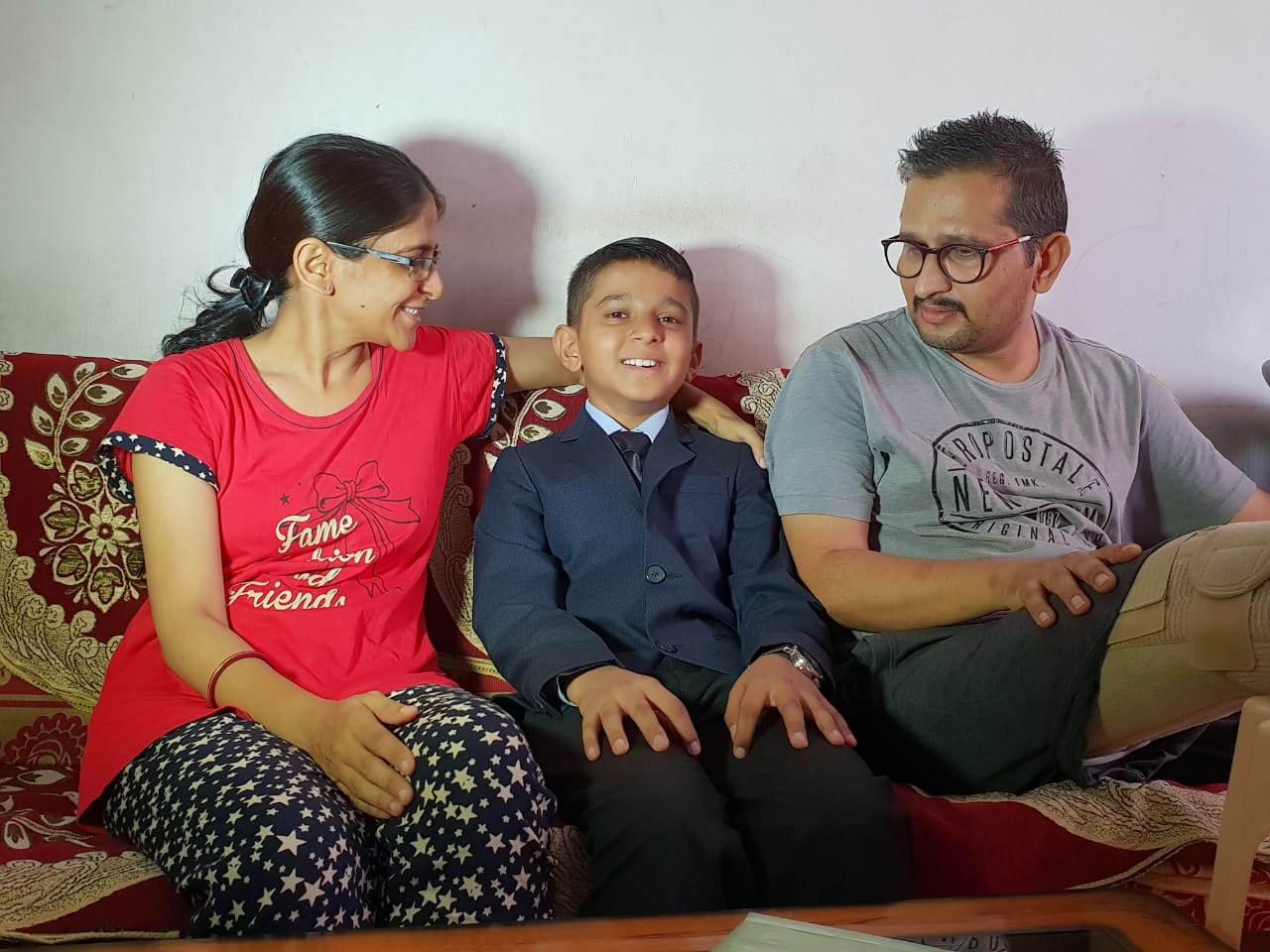 It’s a proud moment for Pathak family in Vadodara as their son Yagna selected in RIMC (Rashtriya Indian Military College Dehradun) the only from the state of Gujarat this year. Yagna dream is to become chief of the Army and serve the nation.

Since childhood Yagna has a passion for armed forces and for that he frequently changed his schools and finally ends up in Sainik School Balachadi Jamnagar. The passion becomes reality as Yagna appeared in the national level exam for RIMC and got selected this from Gujarat.

“When I was 4 years old I saw the humanitarian work done by the Army in Kedarnath floods and that inspired me to join the armed forces. I studied in Rosary school till 2nd and then changed to Kendriya Vidyalaya where I studied till 5th in their Harni and ONGC schools. Then I moved to Sainik school Balachadi and studied till 7thstandard appeared in the RIMC exams from there and got selected,” said Cadet Yagna.

Yagna appeared for the entrance exam on 2nd December 2017 got his result on 12th February, completes his medical on 23rd May and now all set to join the RIMC Dehradun on 14th July to fulfil his dreams. He worked hard for his written exams and used all his vacation time to study and concentrate hard on achieving his goal.

“I always want to be in the army after saw their efforts to maintain peace and harmony in the valley and also their humanitarian work. Now my whole focus is on to complete my studies, training at NDA and pass out as Army officer. My aim is to become chief of the Army and serve the country,” said Cadet Yagna.

Yagna has a hobby of reading books (last one he read Hero Batalik Manoj Pandey), playing chess and rifle shooting. He now focuses all his attention towards his stint in RIMC and achieving his goal. However his parents have mixed reactions after he got selected in the academy.

“Yagna is our only son and I want him to make a career in civil and stay with us. But now we support him to achieve his dream to be a army officer and serve the country. It’s a proud moment for us as no one from the family is ever in defence forces and my son will start a new legacy for the others to follow,” said Bharat Pathak Sub Auditor in Collector Office Vadodara.

The Pathak family is all set to drop Cadet Yagna at the academy and spend quality time with him.