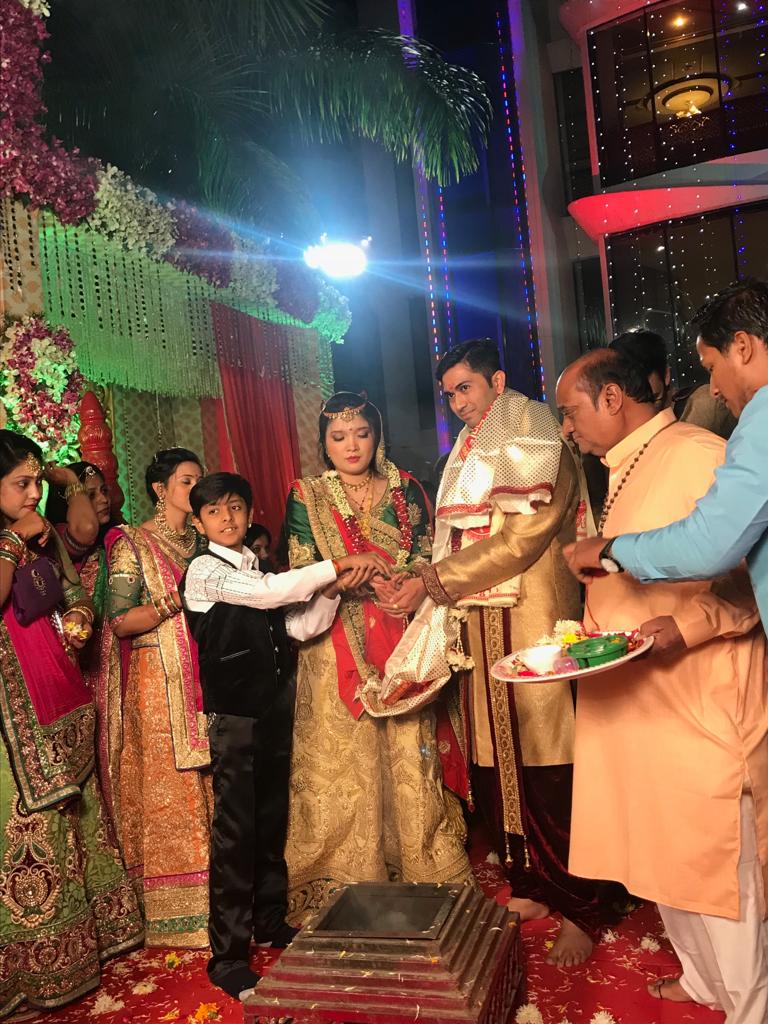 Both families present during the Hindu rituals

Marriages are made in heaven and the old saying is still very much effective in today’s world. A Vadodara boy found his love in Taiwan and finally married to the girl in a traditional Indian ceremony in the city.

The wedding season is at its peak and so as the city is known for its grandeur during this time. This day was special for Pin Chiyeu (Claire) bride from Taiwan tied the knot with Vadodara boy Mitesh Choksi in traditional Hindu rituals.

Both attracted to each other and fell in love while studying in Germany and finally tied the knot in the presence of their families. In 2012 Mitesh complete his graduation in Aeronautical and then went to Germany for his masters. Claire also came to Germany from Taiwan for her MBA there and both get to know each other in their college canteen.

The introduction turns into love and both gets married in the court after their jobs in Germany. Both once again tied knots in Hindu rituals in Vadodara in the presence of their families.

Mitesh said he fell in love with the girl during his studies and we both informed our parents about the relationship and asked their permission for marriage. They asked for first complete the studies settle down and then move forward. Finally they both get married with the permission of their families and relatives.