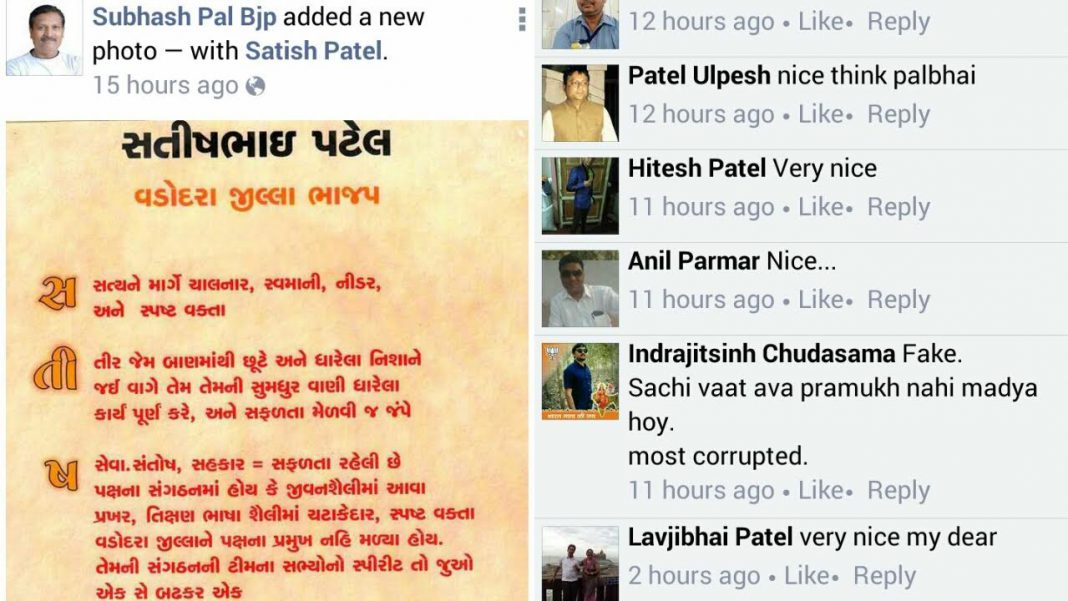 The internal tensions in Vadodara district BJP came out in open when the son of present president write a post on social media about the previous president and adressed him as most corrupted president. The post created controversy and later it was removed but till then the post was already circulated on other social media platforms. Subhash Pal who is close confidante to previous BJP Vadodara district president Satish Patel shared a post on Facebook with good comments on him. Many of the well wishers commented on the post but Indrajit Chudasama son of present President Diluba Chudasama denied the good comments and termed him the most corrupt among all. He wrote “fake . sachi vaat aava pramukh nahi madya hoy,most corrupted.”

With such comment the district BJP was shocked and starts a controversy. The comments on social media platform against previous president and termed him as most corrupt started the controversy and many of them shared it on different platforms. However the post was deleted later but till then it was shared and the internal war among the district BJP came to light.