Connect Gujarat
#Beyond Just News
More
Home Gujarat Vadodara BJP staged a protest against Paresh Dhanani for his statement against... 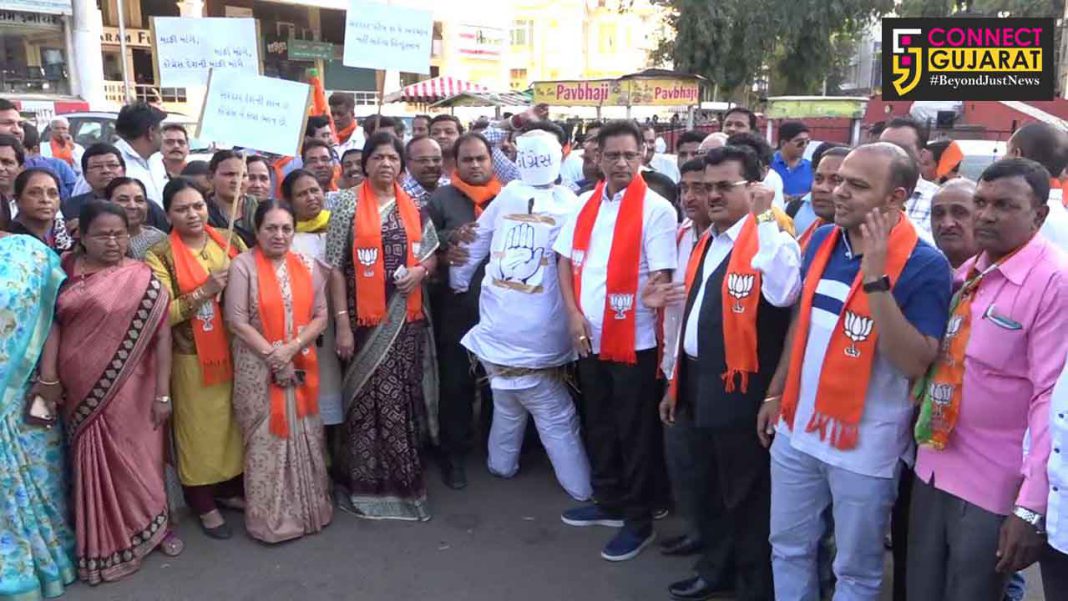 Vadodara BJP staged a protest against leader of opposition Paresh Dhanani for his statement against Sardar Patel. They beat the Congress effigy with shoes and demand apology from him for his remarks inside the Gujart Assembly.

Dhanani commented on ‘Statue of Unity’ dedicated to Sardar Vallabhbhai Patel was made from scrap metal and created a row in the Assembly. The BJP dubbed Dhanani’s comment as an “insult” to Sardar Patel and the nation and raised their protest.

In Vadodara MP Ranjan Bhatt, Mayor Dr. Jigisha Sheth and other senior leaders shouted slogans against the Congress and Paresh Dhanani for such remarks. They also beat the effigy of Congress with shoes and demand apology for the remarks which hurts the sentiments of the people