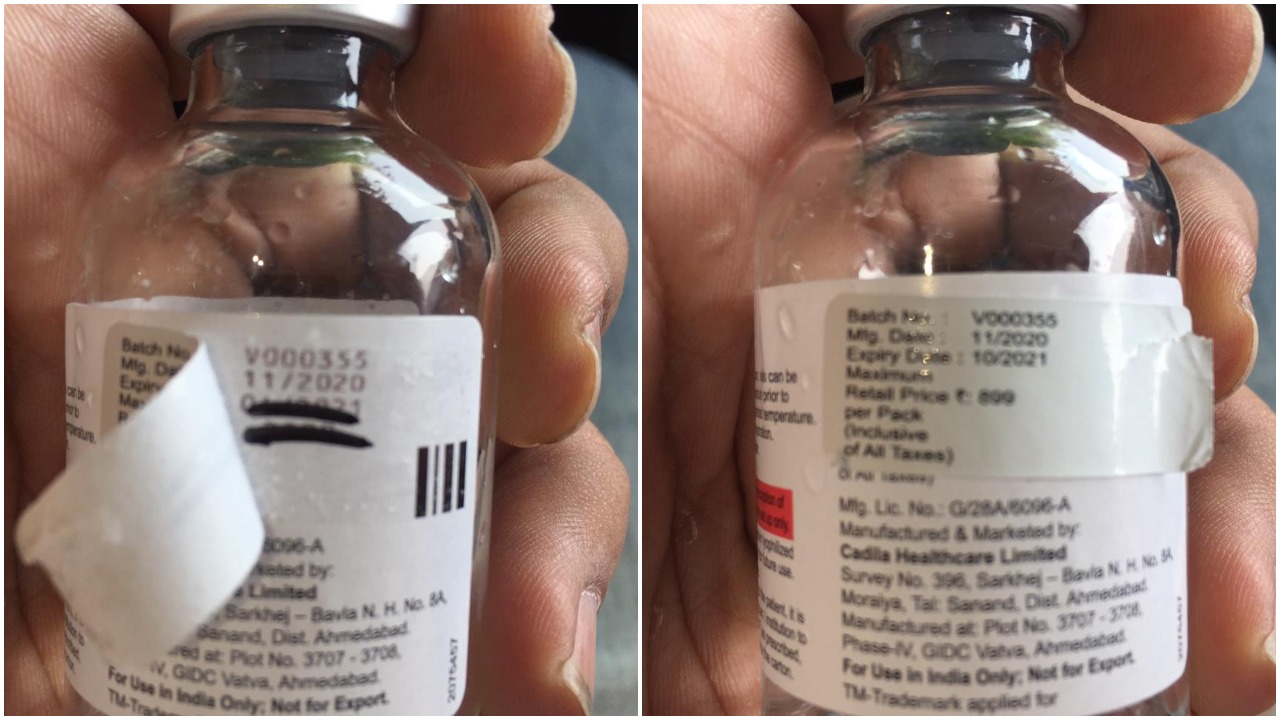 Corona is creating havoc in the country and government is taking steps to control it which includes speeding up the vaccination. In such time a Vadodara based social organisation claimed to be exposed a scam of selling expiry date remedisivir injections in the market. They gives a memorandum to Resident Deputy Collector with a demand for immediate ban on these injections of this expiry date.

Swejal Vyas from team revolution and his team alleged that a large quantity of remedisivir injections which would expire in three months, was manufactured by Zydus Cadila in the year 2020. As Corona comes down a bit, a large amount of injections was stocked.

He further added in his allegations that once again the demand for injections increased in the second wave of Corona. At that time, there was a systematic scam of selling expired injections of Zydus Cadila Company by medical mafias in Gujarat and across the country, including Vadodara.

He alleged that the expired injections were given to patients suffering from corona and had no effect. On the contrary, the side effects of this injection have led to an increase in deaths in the second wave of corona. Medical mafias are selling expired injection bottles with new stickers paste on the old manufacturing and expiry date.

The team has demanded immediate investigation and ban of remedisivir injections currently being sold in the market. They also seek strict action against the medical mafias who are playing with human lives.