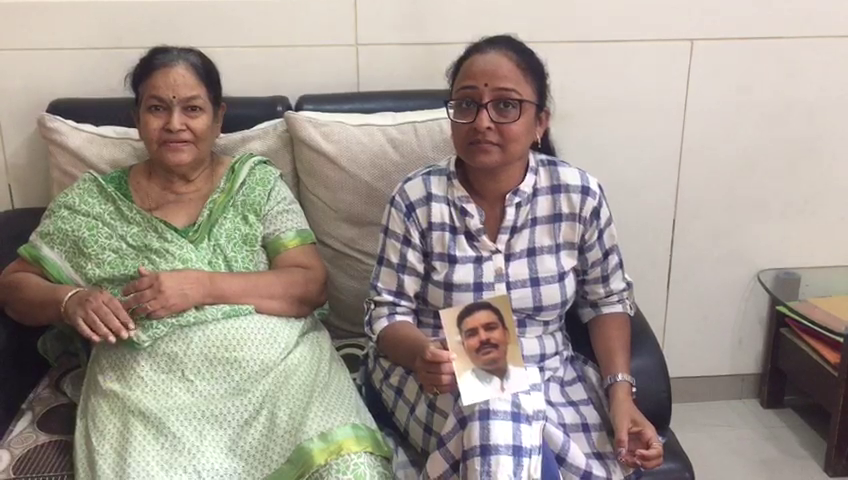 Thanked her for helping her husband to return safely back home

Vadodara based Preeti Pandya paid tribute to the great leader Sushma Swaraj as without her help she would never be able to meet her husband. Sanket Pandya was stuck in Iran and with the help and efforts of Swaraj he safely returned back to his family. The family paid respect to the departed soul and said the loss is to the country as a great leader left the world.

With teary eyes Preeti said her husband is presently touring Andaman and Nicobar for company work and the whole family is in shock after heard the news of the demise of Sushma Swaraj. The whole time get refreshed in their memories as because of her efforts in the past her husband returned safely back to India.

In 2013 her husband stuck in Iran and that time Congress was in power. After that BJP regain power at the centre and Sushma Swaraj was foreign minister in the government. A signature was needed for the release of Sanket Pandya but the government is not ready to release him due to some problems with the company. Sushma Swaraj was in Iran during the time and used her special protocol to help release Pandya along with other Indians stuck there.

Sanket resident of Waghodia road went to Iran on 20th December 2013 and not able to return home till one year. It was due to efforts of former Foreign minister late Sushma Swaraj that he was managed to return back home after 14 months. The whole family is in shock and gives tribute to the departed soul.