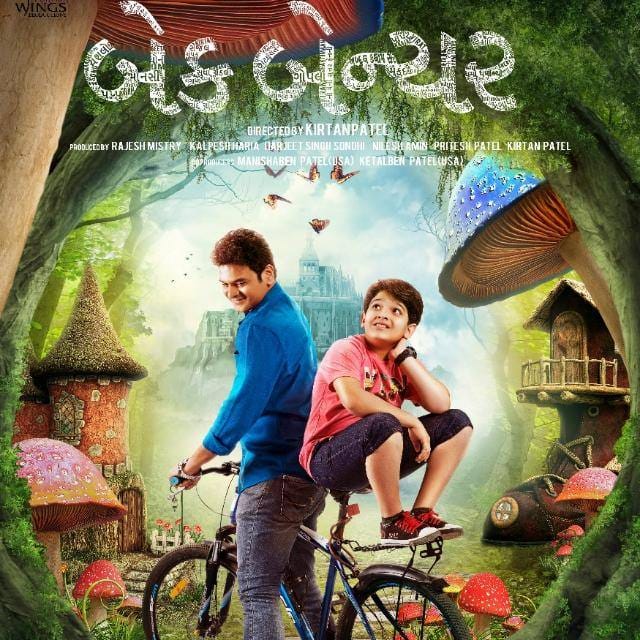 Its a proud moment for Vadodara as a Gujarati movie BACK BENCHER won international awards at film fest and also nominated for Gujarati Screen and Stage Awards and Dada Saheb Phalke Award. The story is about a boy who scores less marks in school but is brilliant in practical life.

Jointly produced by Baroda based entrepreneurs Rajesh Mistry, Harjeet Singh Sondhi, Kalpesh Haria, Nilesh Amin and Pritesh Patel the film is based on education pressure and gives a message to parents about treat your children in the best way to educate them.

"We all five friends are not good in studies and often called as 'Lord of Last Benches' by our teacher in the school. That phrase hit every time as everyone think we can't do anything in life and always be average. We took it as a challenge and after completing our studies we achieved success in our careers and became successful businessmen in different fields. Later we decide to produce a film which shows our real story but in a humorous and educative way," said Rajesh Mistry one of the producer and is into engineering and hotel business.

The film is education based story revolving around a student and gives a social message to the parents. Veteran theatre actors Dharmendra Gohil, Ami Trivedi plays the lead role in the film along with child actor Krish Chauhan from Vadodara. The film released on July 2018 and since then collecting great reviews from the industry and society.

"The film is education based story with a strong message to the parents and society. 70% of the shooting was done in Vadodara on various locations like Halol, Pavagadh, Bhavnagar and city. The makers also designed a modular set for the film and also shoot at Karelibaug Patel Studio. We came up with a different story in the film which relates to the audience as it is based on education and gives a message how to treat your children and the best way to educate them. The starcast maximum is from Vadodara and we along with our children also play cameos in the film," said Mistry.

The production started in January 2018 and launched in July with 70 % of shooting is done in Vadodara. The makers use VFX, movable set and latest Hollywood like technology in the film with total budget of 1.9 crores edited in Mumbai. Since it release the movie received excellent reviews and won international awards at film festivals.

After the stupendous success the producers are now planning for their second movie based on education but in comedy. The production will start post Holi.