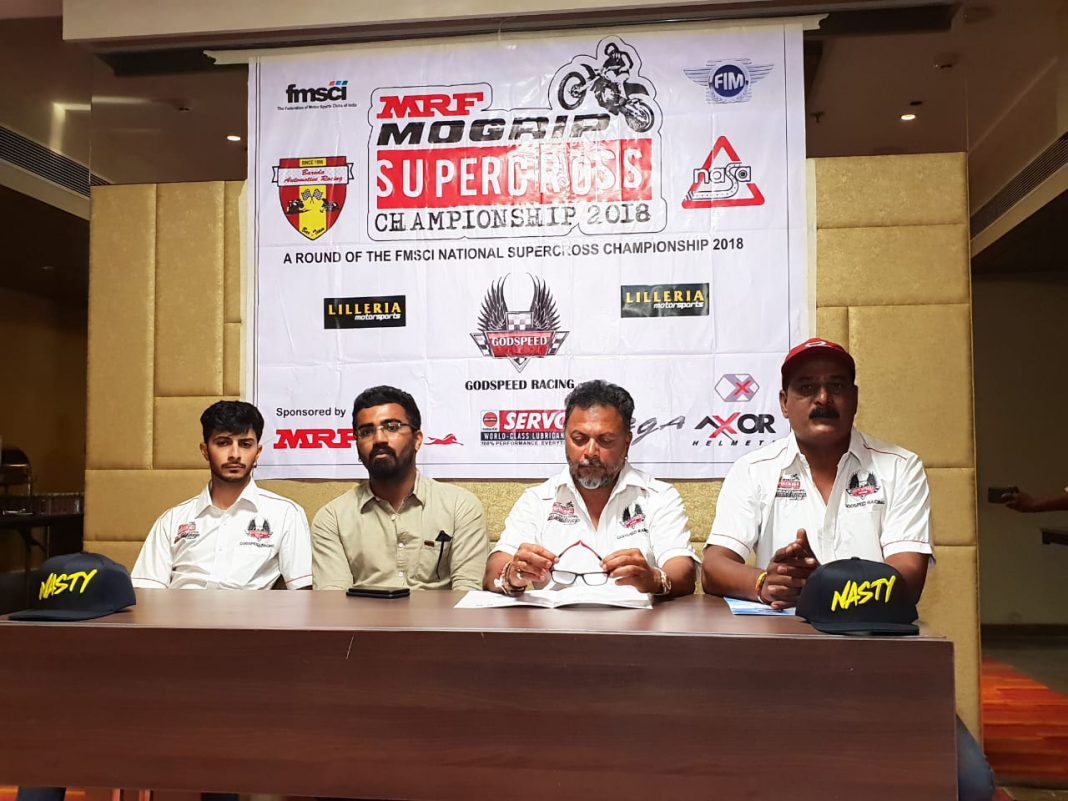 All eyes on 14 year old only woman rider from Satara

Vadodara is all set for dare devil freestyle stunts and racers in action as the Grand Finale of the 19th edition of the MRF MoGrip FMSCl National Supercross Championship 2018 will be held in the city after a gap of eight years. Around 150 riders will take part in the championship with all eyes on the only woman rider from Satara. The 14year old girl Tanishka Shanbaug will compete with the men riders in the event.

This will be the 6th and final round of the FMSCl National Supercross Championship 2018 as racers from all across the country try their skills to win the prestigious championship. This is the biggest off-road 2 wheeler National Racing Championship organised by GODSPEED Racing, Pune spearheaded by 7 times National motorsports Champion Shyam Kothari.

This event in Vadodara will be organised by Godspeed in association with BAR presided by Sunil Nigam a well known name in racing circuits. Veer Patel ex champion has been instrumental in bringing a round of this coveted championship to Vadodara at the iconic Akota Stadium after a gap of 8 years. For the first time the city will witness the freestyle motocross show put up two Australian riders gives the audience feel their hearts in their mouths.

The race completed the rounds in Cochin, Goa, Coimbatore, Jaipur, Nasik and comes to Vadodara for the final round. Supercross is a motorcycling sport that involves off road motorcycles racing on artificially created dirt track consisting of steep jumps and obstacles. The 19th edition of the MRF MoGrip-FMSCl National Supercross championship has attracted almost 150 participants across the 8 categories In each of their previous events.

Supercroes is gaining popularity ln lndla, wlth close to ten thousand spectators in hordes at each of the venues last year, leading to an Increase In partlclpatlon and growing Involvement and support from Corporate houses and medla alike.

The technically demanding track is 750 meters in length, which includes 12 double jumps, a cut tabletop, 1 tabletop, whoops and berms. The organizers have created a very demanding track, which will test the skills of the riders.

For the 1st time in history, the city of Vadodara stands to witness a thrilling ‘Freestyle Motocross ‘show which will be put up by 2 of Australia’s top FMX athletes Shaun Webb who will ride a Honda CR 450 and Jordan Sprague who will be astride a Yamaha YZ 250 and we will be able to witness some of the most unbelievable tricks and stunts ever performed on motorcycles.