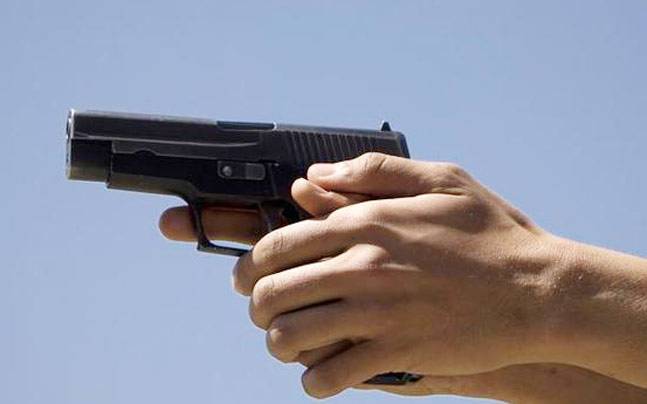 Deep Rai a 39-year-old Sikh man in the US was injured when an unidentified person opened fire at him in front of his house in Washington and allegedly shouted “go back to your own country.”

The victim, who was hit in the arm, survived the Friday night attack, the third shooting of an Indian national in the last 10 days in the US.

The attacks have claimed two lives and shocked the nation.

39 year old Sikh man has not been identified by name, was working on his car in front of his house in Kent city of Washington state when the gunman described as white, who had his face partially covered, opened fire at him, police said.

“We’re early on in our investigation,” the Seattle Times quoted Kent Police chief Ken Thomas as saying on Saturday morning. “We are treating this as a very serious incident.”

According to KING5 TV, the incident was being investigated as a possible hate crime and police had reached out to the Federal Bureau of Investigation for help.

In the recent spate of attacks, Harnish Patel of Lancaster in South Carolina, was killed on Thursday, and Srinivas Kuchibhotla was murdered on February 22 in Olathe, Kansas.

Another Indian, Alok Madasani, who was injured in the Olathe attack, survived.

Satwinder Kaur, a candidate for Kent City Council, said on Facebook that the latest victim “wishes to remain anonymous at this time. So as a community we should respect that”. She said Kent Mayor Suzette Cooke has reached out to him.

“This incident is such a big deal because hate crimes to this extent do not happen in our community,” Kaur said to the sources.

Sikh community leader Jasmit Singh told the Times that the 39-year-old was released from the hospital.

“He is just very shaken up, both him and his family,” Singh said. “We’re all kind of at a loss in terms of what’s going on right now. This is just bringing it home. The climate of hate that has been created doesn’t distinguish between anyone.”

According to Singh, Sikh men in area around Seattle have experienced “a kind of prejudice, a kind of xenophobia that is nothing that we’ve seen in the recent past”.

Before the Kent attack, the Sikh Coalition had released an advisory asking the community members to report instances of people “saying hateful things about your Sikh identity”.

In the aftermath of the Kansas attack, the coalition said: “We should not wait until someone gets hurt or killed to report hate incidents.”

Kent is about 30 kms from Seattle and is near the Congressional constituency of Pramila Jayapal, the Indian-origin member of the House of Representatives.

Jayapal tweeted: “Thoughts and prayers to family and entire Sikh community in the wake of horrific shooting. This must be investigated as #HateCrime.”

On Thursday night, Patel was shot outside his house in Lancaster.

Officials do not believe it was a hate crime. “I don’t have any reason to believe that this was racially motivated,” county Sheriff Barry Faile said on Friday.

In the February 22 Kansas incident, an American, Ian Grillot, who tried to stop the shooting, was also shot and injured.

A white Navy veteran Adam Purinton, 51, was arrested and charged with murder in the killing of Kuchibhotla. Purinton reportedly said that he had shot two Iranians.

The hate crime has been condemned by leaders in both the US and India.

In his address to the joint session of the Congress, Trump last Tuesday said: “Last week’s shooting in Kansas city reminds us that while we may be a nation divided on policies, we are a country that stands united in condemning hate and evil in all its forms.”

At a news conference in Washington on Friday, Foreign Secretary S. Jaishankar said he had discussed the Kent incident with administration and Congressional leaders during his visit.

“What we heard from very high-level, cabinet level that we should regard this as an act of an individual,” he said.

“The American justice system was at work, it could bring the perpetrators of this act to justice. It is being prosecuted as a hate crime.”

Hate crimes have been a part of the American fabric, including in the liberal state of Washington.

Neither of these hate crimes were condemned by former President Barack Obama or the media.