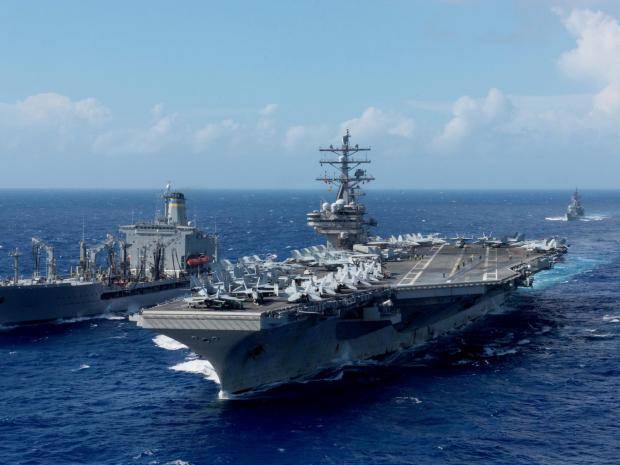 A US Navy aircraft with 11 people on board crashed into the sea off the coast of Japan on Wednesday while on its way to the aircraft carrier USS Ronald Reagan, military officials said.

The Japan-based US 7th Fleet said in a statement that a search and rescue operation had been launched from the carrier.

It said the ship was operating in the Philippines Sea when the crash happened at 2.45 p.m. Japan time (5.45 a.m. GMT). The cause of the crash is not yet known, NBC News reported.

“Personnel recovery is underway and their condition will be evaluated by USS Ronald Reagan medical staff,” the statement said. “The names of the crew and passengers are being withheld pending next of kin notification.”

No further information was immediately available and the Navy did not release the type of aircraft involved.

The 7th Fleet has had two fatal accidents in Asian waters earlier this year, leaving 17 sailors dead and prompting the removal of eight top Navy officers from their posts, including the 7th Fleet commander.

The USS John S. McCain and an oil tanker collided near Singapore in August, leaving 10 US sailors dead. Seven sailors died in June when the USS Fitzgerald and a container ship collided off Japan.