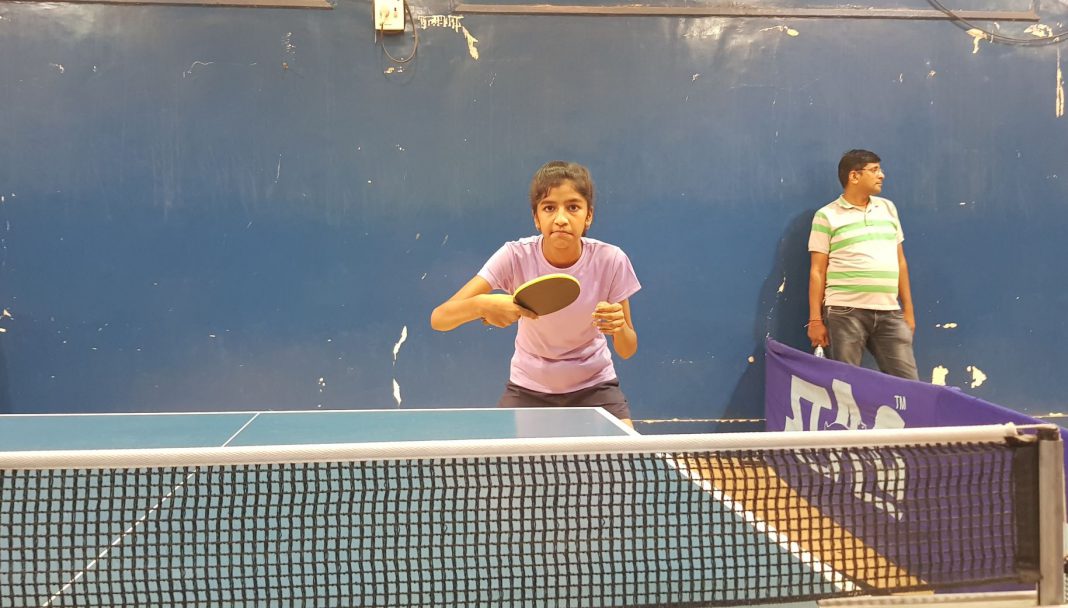 In second round of sub junior girls singles, Anushka Pande beat Mehak Seth in a set of best of five games with her fabulous flat strokes. The sixth seed Mehak first won two games by 11-8, 14-12, but Anushka bounced back with more aggressive approach to won the third game by 11-7. She continued her prowess in the fourth and  fifth games and won both the games by 11-2, 11-7.

The 1st Open Baroda Major Ranking Table Tennis Tournament-2019 is advanced to second day and girls paddlers’ geared up for their targets. Veterans’ events is going to be held on Sunday.