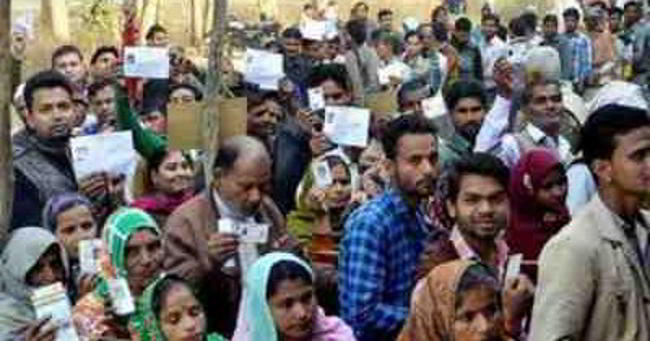 An average of 12 per cent voting has been recorded in the first two hours of polling in the third phase of the Uttar Pradesh assembly election on Sunday, Election Commission (EC) officials said.

The highest voter turnout so far of 12 per cent has been reported from Mainpuri district, a Samajwadi Party (SP) stronghold.

A total of 11 per cent voting has been recorded in the first two hours in Sitapur, 11.65 per cent in Kannauj, which is the parliamentary constituency of Dimple Yadav, wife of Uttar Pradesh Chief Minister Akhilesh Yadav, and 10 per cent in Farukkhabad and Auraiyya.

Slow voter turnout has been reported from Kanpur city where in the first two hours only 7.71 per cent balloting was witnessed.

Aparna Yadav, the daughter-in-law of Mulayam Singh Yadav, voted in Lucknow Cantt from where she is pitted against Bharatiya Janata Party’s Rita Bahuguna Joshi.

As many as 826 candidates are in the fray whose fate would be decided by 2.41 crore voters.