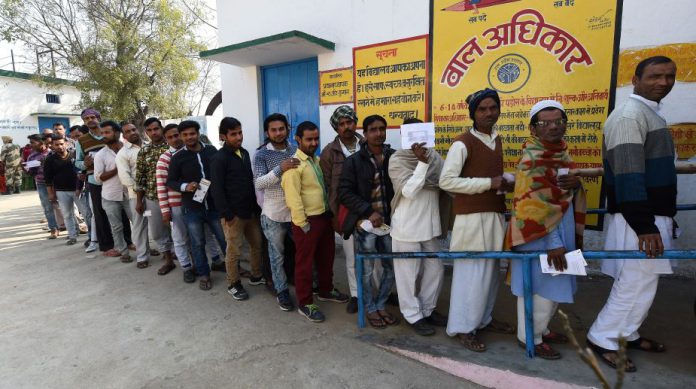 Forty-two per cent voting has been recorded in the first six hours of polling in the third phase of the Uttar Pradesh assembly elections on Sunday, the Election Commission (EC) officials said.

Lucknow district continued to lag behind in voting trend as only 35 per cent balloting was recorded.

The EC officials said it was probably because the polling coincided with a Sunday, but the expressed hope that voting will pick up by late afternoon and better the past percentage of 59 per cent.

A total of 2.41 crore voters will decide the fate of 826 candidates in the third phase of polling for 69 assembly seats from 12 districts.