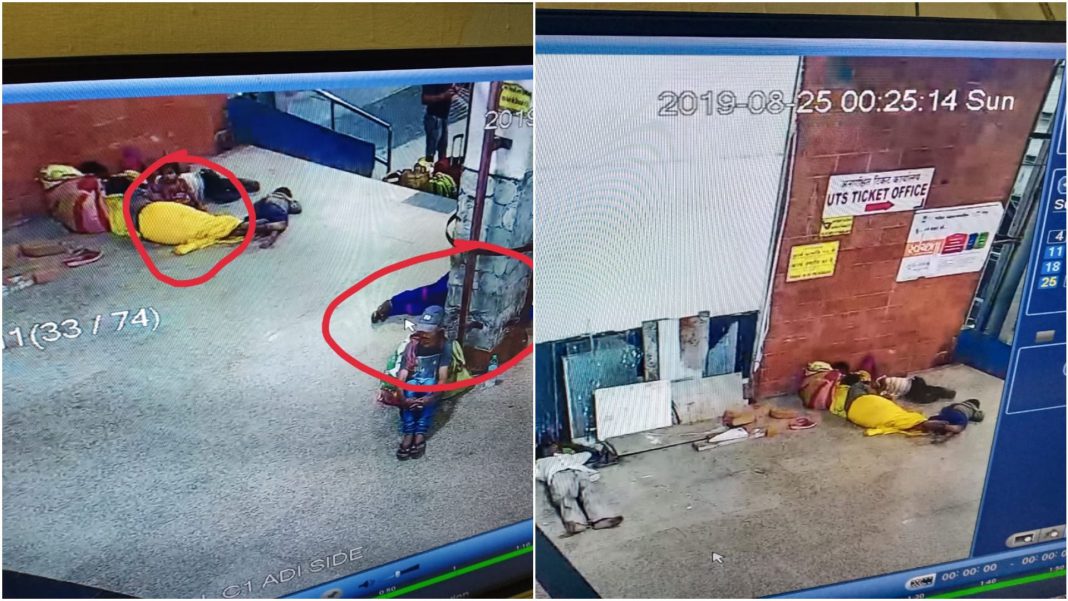 Captured in cctv RPF trying to trace her

An incident of child lifting came to light in Vadodara where a woman lift a two year old girl from near the waiting room of railway station. The victim mother was heading to Ujjain to his husband with his children when the incident happened. The accused was captured in the cctv installed at the building and RPF is taking the help of the footage to trace her.

As per details the victim get married to Shankarbhai Marathi lives in Ujjain 12 years ago and has four children with him. After some problem with her husband she came to Vadodara to her father house inside their field at Bajwa road. Meanwhile she starts living with another man in the same field but he beat her frequently after came home is drunken state.

With no options left she heads to her husband living in Ujjain with the four children. She was waiting for the Sabarmati express at the station around 11pm in the night and slept near the waiting room. Around 12 midnight she wake up and found her 2 year old daughter missing from there. She searched for her and later informed the RPF and a complaint was also registered by the railway police.

After getting all the details the RPF began to search the CCTV and found a woman pick the girl from the lap of the victim. RPF and railway police with the help of the cctv began searching the woman.

Old Rs 100 notes to be withdrawn from circulation by RBI...

Case of molestation registered in Sayajigunj police station in Vadodara

Two cadets from CHARUSAT University to perform in the Republic Day...