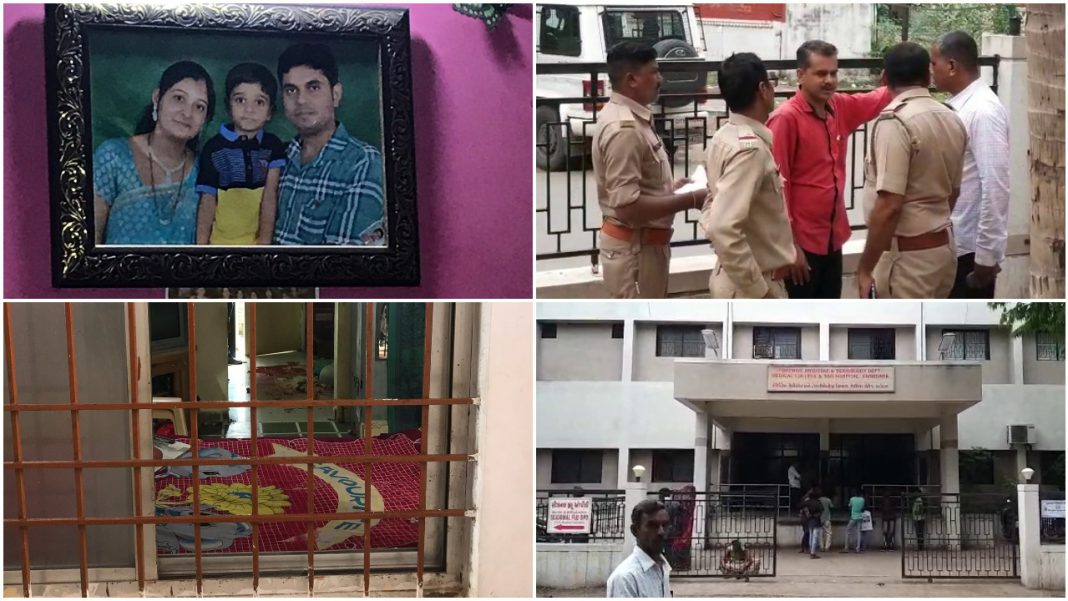 Unknown attackers inflicted nearly 30 injuries on a woman and killed her in Vadodara. The incident shocked the residents as the attackers entered the house of the victim in the  afternoon and killed her. The reason was unknown and police is further investigating in the matter.

As per the available details Paresh Amrutbhai Darji lives with his wife Deepa and one year old son in Mahesh Complex on Sama road of the city. He runs a tailoring shop in the area. On Wednesday afternoon unknown persons entered the house and attacked Deepa who was alone at that time. They inflicted nearly thirty injuries on her and fled from the spot.

Her mother in law shocked to see her blood stained body after returning from his son’s house lives on the first floor. She immediately informed her son and police about the incident. Police reached the spot and sent the body for postmortem and further investigation in the case.

Deepa married to Pareshbhai for seven years and the couple has a one year old son. Her father in law Amrutbhai Darji said his wife saw the body of their daughter in law and called him. They then informed the police about the murder which shocked them from inside. He was unaware about the reason of the attack and wait for the police investigation to complete.