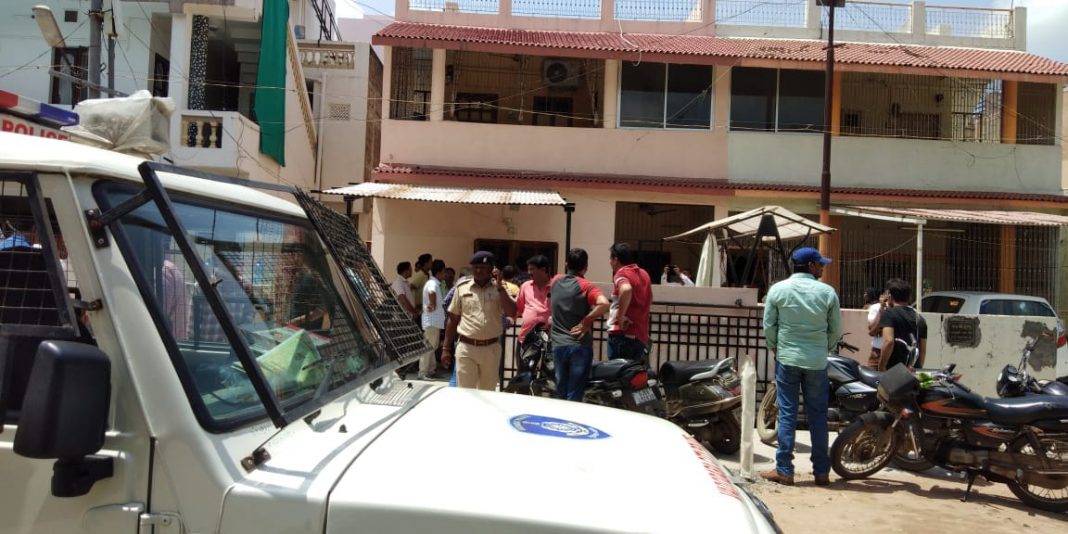 Attacked her when she was alone at home

A unknown attacker inflicted grevious injuries on wife of a businessman in Anand Park society at Tarsali Susen road in Vadodara. The incident shocked the people as the accused killed her when she was alone inside the house.

As per the details the victim Kunjal Panchal was alone inside her house at 382 Anand Park society when the unknown attackers barged into the house and attacked her with sharp edge weapon.

As per the local and police sources she was alone inside the house after her husband and other members left as per their daily routine. Her husband Pratik runs a factory making fans in the GIDC. She dropped her two and half year old son at the play center at 8 am and engaged in her daily chores.

Meanwhile the attacker barged inside the house and inflict grevious injuries on her. She tried to save herself but the attacker fatally injured and killed her and fled from the spot.

As per further details the play centre staff tried to contact on phone when she not turned up to pick her son. However the mobile was switched off and they called her family members and as they reach home they shocked to see her blood soak body.

However prima facie there was no signs of robbery at the spot but the police is investigating about every possible angle in the murder.

The family is in shock with such a brutal attack on Kunjal Panchal by unknown attacker in broad daylight. Top police officials also reached the spot and investigate in the matter.