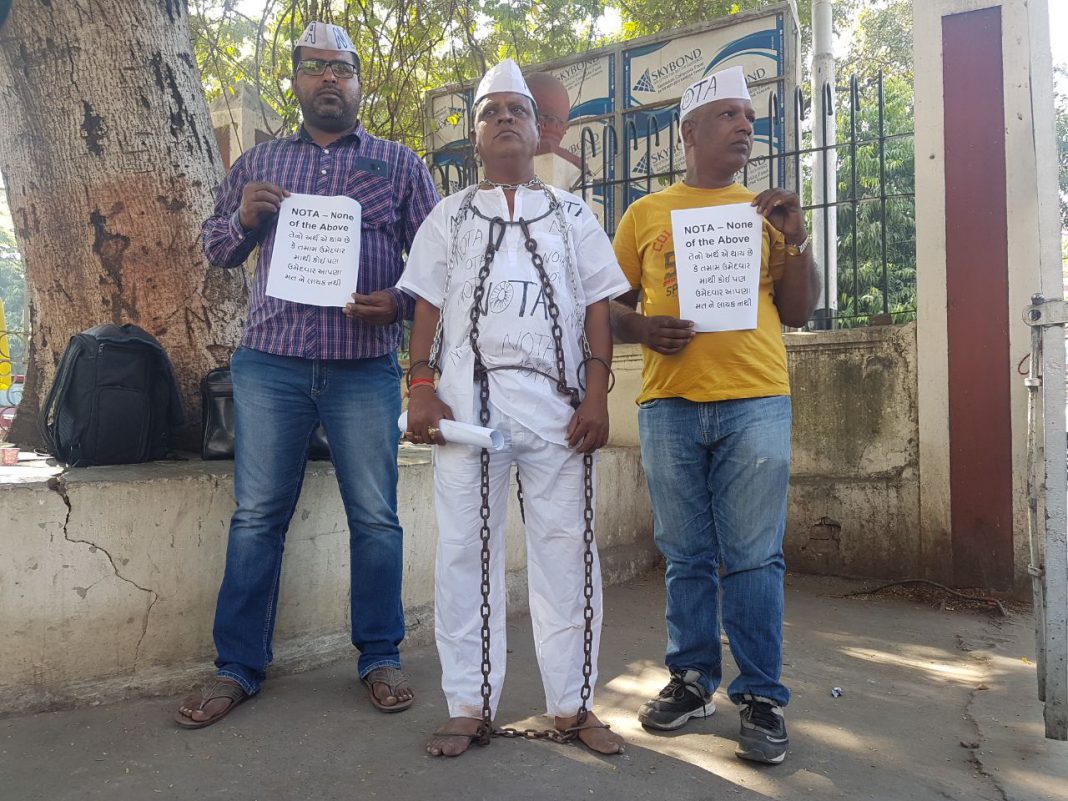 Vadodara based Social activist Atul Gamechi took to a innovative protest against the government for not spreading the NOTA as a option in the elections. He dressed and tied himself with chain just like a prisoner and gives a memorandum to the collector requesting her to give the NOTA option equal importance like the 100% voting.

Vadodara will go for voting on 14th December and the district administration is taking every step to aware the people for using their voting rights in the upcoming elections and reach 100% mark. Plays, paintings, sports, radio jingles and many other innovative steps are taken by the government for spreading the message of cent percent voting.

Taking a strong stand against the government for not spreading NOTA as a option in the elections, a social activist Atul Gamechi took to a innovative protest on Tuesday. He wear clothes like a prisoner along with the chain tied up on his body and gives a memorandum to the collector. Such a protest by him also surprised the people came to the collector office. 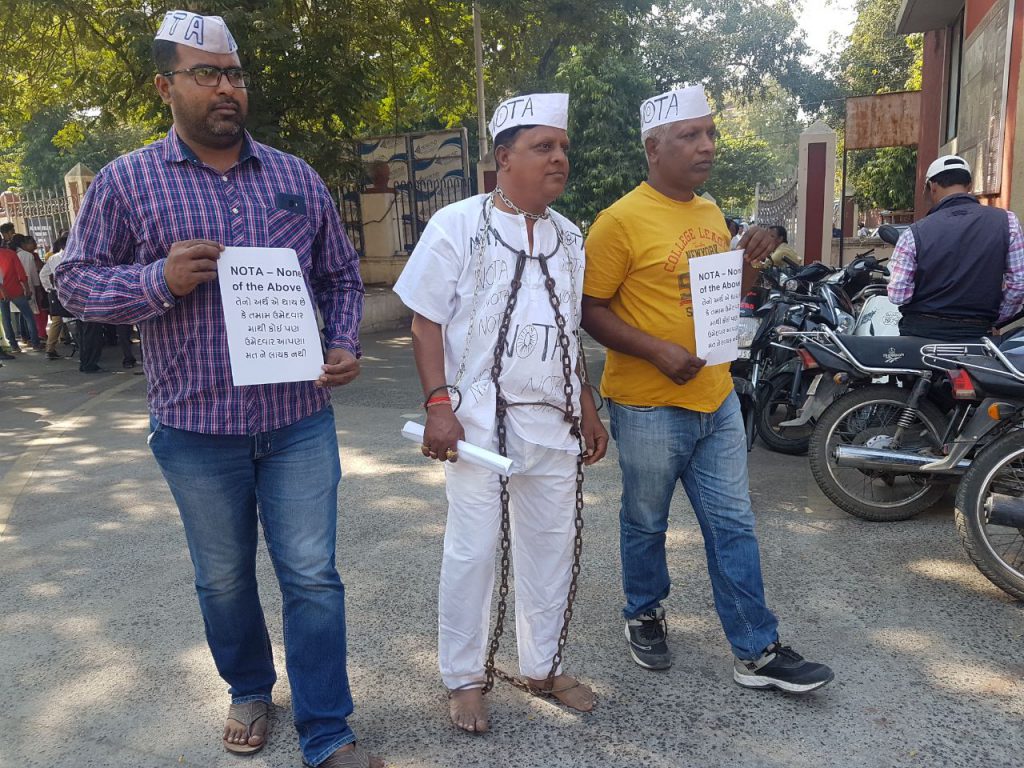 He said the government is taking every step to spread the message of 100% voting this time to the public but not the use of NOTA to them.

“None Of The Above (NOTA) is one of the important option given to the voters along with the others on EVM machines. If a voter don’t find any candidate match their expectation then he or she can have the option of NOTA. I request the collector also to spread the message of NOTA along with the voting awareness programme to aware the people about its use. The idea to wear such clothes is that for last many years NOTA is tied just like this and the government is also not getting serious to aware the people,” said Gamechi.

He further said that in coming days he will spread the awareness of NOTA on his own among the public and tell them to use it in case they find the candidates not suitable to their expectations.

NSE triples its investment to INR 900 crores in technology infrastructure...