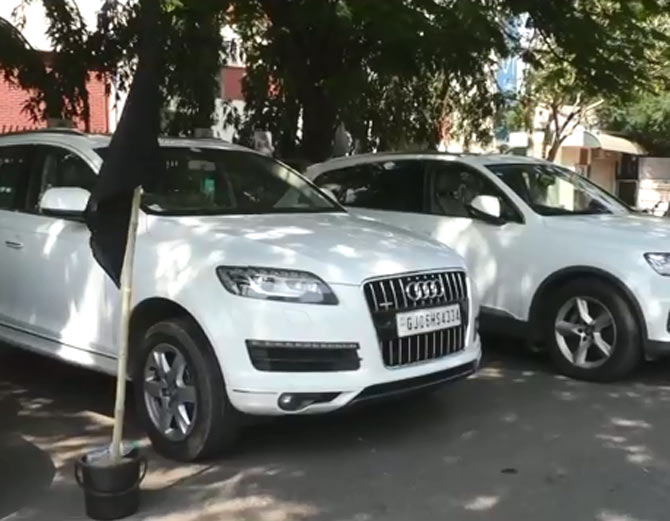 It’s a very unique protest in Vadodara when the luxurious Audi car owners waved black flags against the company for negligence.

The owners gathered near the Chakli circle with their cars and waved black flags against the company. Architect Dharmesh Patel bought a Audi 5Q two years ago and there was a problem in the brake of the car. He took his car to the showroom and repair it but the problem still persists and he sent his car to Ahmedabad.

There some parts were changed but the problem is still there and in the time of two years he faced many problems in the car. With such negligence from the company he reached Chakli circle along with 12 other car owners and raised their protest against the company.

Dharmesh Patel get fed up with such problems in his car and request the company to get it checked once but there is no positive feedback from the company. Hence with no option left he raised protest against the company joined by his friends in Vadodara.